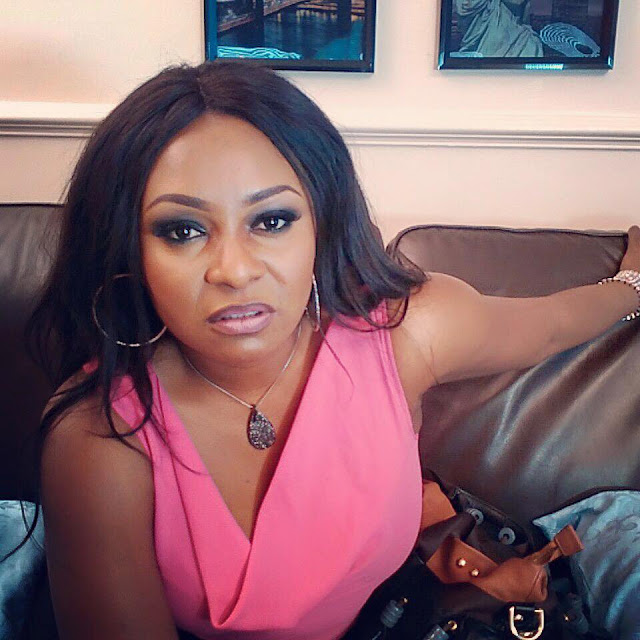 London based Nollywood actress, Victoria Inyama took to social media to ask an interesting question earlier today adressing domestic violence. Did the Bible truly say one should stay in an abusive marriage riddled with adultery? Read what she had to say below.

“So today on d train I get to talk with this nice lady. She’s been through so much in her bad marriage. Somehow d police gets involved and she’s removed from that unsafe environment especially as children are involved. D issue now is one of d many Pastors whom she used to run to for help and prayers now tell her That If she decides to end d abusive marry, D Bible says she is not allowed to remarry.

Ok so if that’s what d bible says then she suggests that what she would have done was after he beats her, she would have waited for him to sleep then she should have tied him up and beaten him up too or done worse to him.

So I ask Did D Bible truly say one should stay In an Abusive marriage riddled with lies, cheating and adultery??? Did d bible or d People that wrote d bible not get a revelation on that? Is it fair??? If that’s d case then I would probably agree on an eye for an eye. Since its not biblically? Religiously or Christianly to leave? Then when d man hits, wait and endure till he kills you then he will be forgiven or wait till he’s probably asleep then strike. Abi??????? #live #love #learn”.