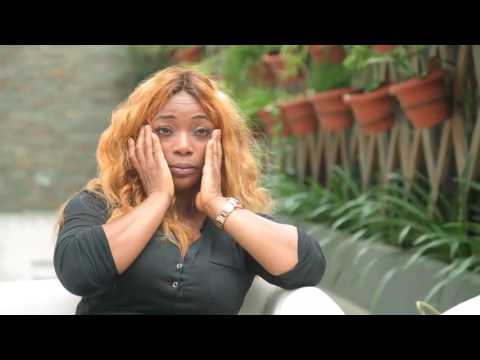 Nollywood actress Bimbo Akintola and some other Nigerian actors played out the Ebola in Nigeria story in the emotional movie “93 Days” Which is yet to premiere in London.  While talking about it with one on one with TrybesTV the actress couldn’t help but broke down in tears.

93 Days the movie tells the story of Patrick Sawyer a Liberian American who collapses upon arrival at the Muritala Mohammed International Airport, Lagos Nigeria. He is taken to First Consultant Hospital, where he is admitted with fever like symptoms.
Against his denials of contact with any Ebola Victim in Liberia, the team at First Consultant Hospital led by Dr Ameyo Adadevoh quickly deduce there is more to his case than malaria. Their vigilance leads to an early detection that Mr Sawyer indeed had the Ebola Virus disease. Now it is a race against time to contain a deadly disease from breaking out and infecting an entire city population and beginning what could be the biggest deadly disease outbreak the world has ever known.
The scare is palpable across the country. The dooms day scenario imagined is here. Over a 93-Day period from when Sawyer comes in men and women from Nigeria, WHO and MSF do battle with this deadly disease.
At its core, 93Days is a compelling human story of dedication, sacrifice, resilience and survival.
Share
Facebook
Twitter
Pinterest
WhatsApp
Previous article
International Actress Yvonne Hays Makes TV Debut ‘Sons Of The Caliphate’ In Nigeria!
Next article
British Singer/Songwriter Mariam shares debut single ‘Be There For Me’ Set to be released on Friday 4th November!