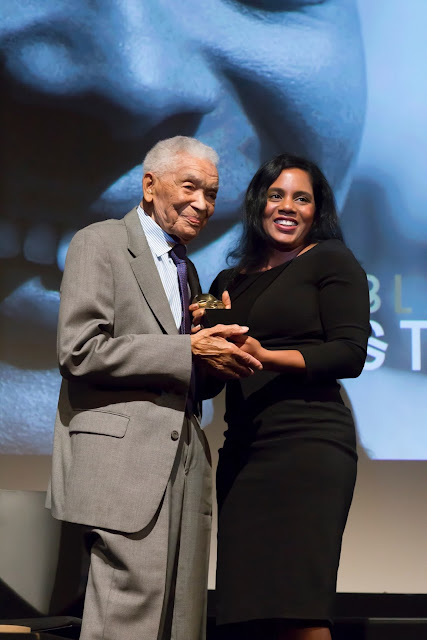 On Sunday Oct 23rd at the peak of Black History Month 2016, the Screen Nation Foundation, the charitable arm of the Screen Nation Film & TV Awards, launched the UK’s first ever hall of fame, honouring individuals of African Caribbean heritage who have made extraordinary contributions to UK film & television. To be known as the Hall of Frame.

The inaugural inductee was Earl Cameron CBE, acknowledged by many as one of the first African Caribbean screen actors to break the colour bar in the UK. The Induction celebrated the legendary career of the 99-year-old multi-talented performer, who has an acting career spanning 70 years, starring in over 90 films and TV productions.

As part of the tribute, Mr. Cameron was interviewed and officially inducted as the first member of the Hall of Frame at BFI Southbank, by broadcaster Samira Ahmed, followed by a rare screening of “Pool of London”, the Ealing Studios classic thriller that launched Mr. Cameron’s career. 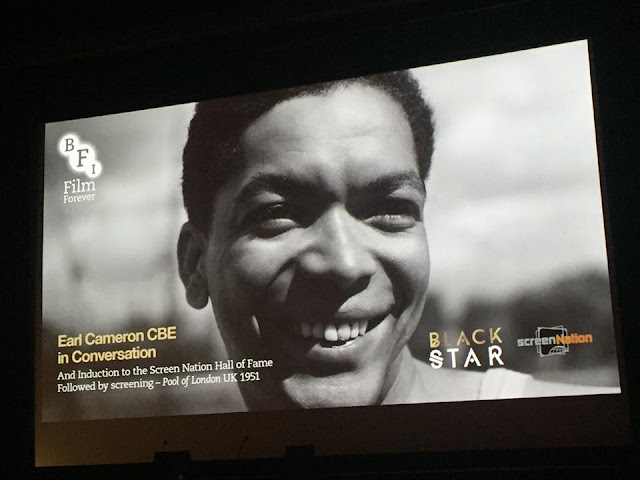 The interview was a revealing insight into Mr Cameron’s creative life, during which the actor discussed racial prejudice, why he never moved to Hollywood during those very restrictive years (for black actors), his long friendship with Sidney Poitier, and much more.

That 40-minute conversation is available online HERE and marks the start of a series of Hall of Frame Inductions by Screen Nation to be held every 6 months to honour some of the UK’s longstanding and unfortunately oftentimes under-appreciated veteran black British stars of the screen.

With the constant debate around the lack of diversity across mainstream media channels, Screen Nation intends for the legacy created by these inductions to add value and much needed honour to the British film & television landscape, where the contributions by African Caribbean screen practitioners can finally be fully and consistently acknowledged & recorded for future generations.

Charles Thompson MBE, Chairman of Screen Nation Foundation said: ‘’I am proud that the incredible legacy of the extraordinary contributions gifted by these outstanding veteran screen talents to the British film & TV industry can now finally be honoured through the Hall of Frame.’’

Further information about the Screen Nation Hall of Frame can be found on a dedicated micro website launching soon on www.screennation.com.

Part of BFI BLACK STAR, this event is supported by Film Hub London, managed by Film London and proud to be a partner of the BFI Film Audience Network www.bfi.org.uk/black-star