Now in its third year, the Screen Nation Digital is Media Awards seek to recognise black British excellence and innovation in digital media, returning once again on Sunday 11th December at the luxurious The May Fair Hotel, hosted by urban stars of the moment Joivan Wade, Percelle ‘Percy’ Ascott and Dee Kaate of BBC3’s The JPD Show.

The 3 young talents, co-founders of the hugely successful Wall of Comedy (formerly Man Dem on the Wall) have been ever present on our screens in the last few years, acting in everything from Dr Who, Wizards & Aliens, Eastenders to Youngers and now front these prestigious awards.

The Digital is Media Awards which are open to professional and non-professional content creators, online publishers, editors and creative on screen talents has launched its Call for Entries and is seeking final entries (ends Mon 7th Nov, 12pm). Click the link to enter

Full details of the 2016 categories and nominations to be voted for by both the public and nominees alike including Favourite Web Series, Short Film, Online Presenter, Web Series and Grime Music Promo are announced on Friday 11th November across social media. Screen Nation judges also bestow up to four Special Achievement Awards recognising outstanding efforts and innovation in the digital landscape. 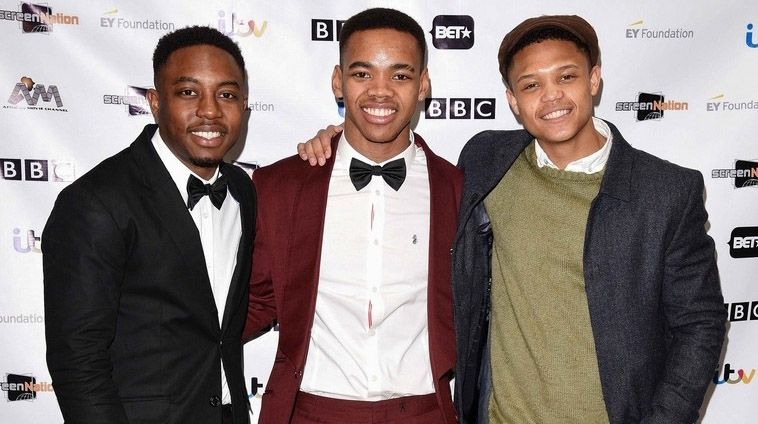 Avril Evans, the ex BBC based short form brand director appointed as the 2016 Creative Director said: “This digital media awards platform by Screen Nation has quickly established itself as an important annual event amongst the UK’s leading content creators. As the only awards scheme that focuses solely on black British online work, I’m delighted to have been invited to help shine a light on the tremendous work being created by these digital innovators and giving them the credit they so richly deserve.”

Avril is an award winning content creator who has written, produced and directed for all BBC Terrestrial & Digital channels. Her work has received support from BFI and Film London, she has produced for Germany’s Arte/ZDF, was Creative Director at OH TV, the UK’s leading black family entertainment channel and worked on Eastenders youth spin-off series E20 garnering over 1.5m views on BBC I-Player. Avril has also worked on top BBC continuing dramas Holby City and Doctors and has this year been recognised by leading industry organisation Women in Film & TV.

The awards as always highlights the new born media maker who can wake up, write, cast, crew and fund a project online, record and edit with a mobile device, launch a YouTube channel to distribute the content, design a blog to publicise their work and find an audience via any one of a number of social networks such as Twitter, Facebook, Instagram, Snapchat, Periscope and more.

With the constant debate about the lack of inclusion across mainstream media channels, the Screen Nation Digital is Media Awards is a great way to provide emerging voices with a platform that recognises and rewards the wealth of talent succeeding in the digital arena.

Public submissions, peer voting, live audience recognition and live streaming create a powerful combination that set the Digital is Media Awards apart from every other in the market.

As the new digital era continues to grow from strength to strength, the Digital iS Media Awards have never felt more relevant. Digital-is Media-is our Reality