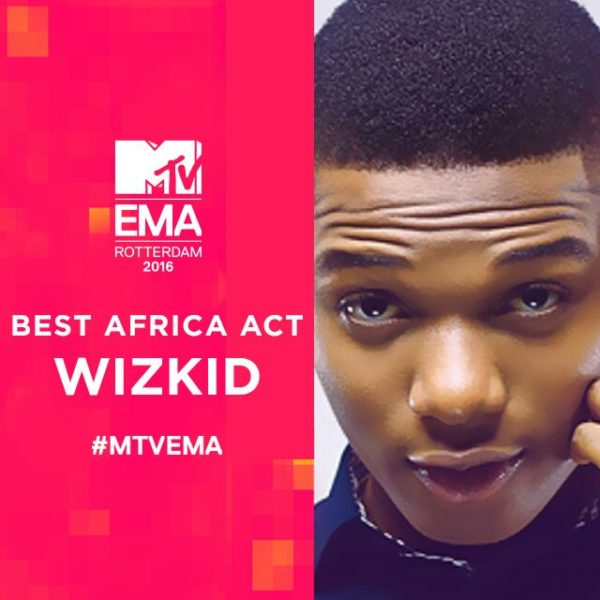 The winner of the “Best Africa Act” at the 2016 MTV EMAs has been announced and StarBoy Wizkid emerged the winner of the award beating out Olamide, Black Coffee, Cassper Nyovest and Alikiba.

2016 MTV EMAs took place day, November 7th. The announcement was made on social media earier today on the MTV Base Africa twitter page ahead of the show tonight.

A big congratulations to Wizkid!