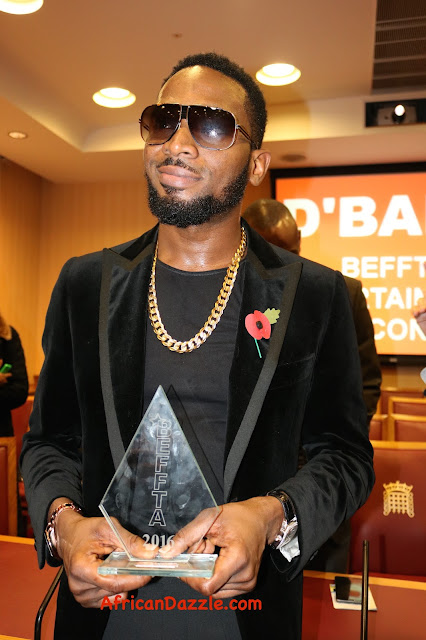 Celebrated music star, Daniel Oyebanjo aka D’banj after keeping the world waiting, eventually arrived The House of Parliament, London to receive a well deserved Entertainment Icon of the Year Award presented by Lord John Bird, founder of The Big Issue, and awarded by Dr Pauline Long CEO BEFFTA (Black Entertainment Film Fashion Television and Arts) Europe’s biggest award ceremony for black and ethnic minority.
The special award night and press conference started in great atmosphere. Lords John Bird amongst other high intellects, Business owners, music lovers and the press were all excited and ready to interview the popular music star who eventually arrived after a long wait. Looking apologetic with his humility coat on, he quickly apologised.
“Its a big privilege and a big honour to be here. I’m really sorry it took be so long, i didn’t know that we have the same traffic just like in Lagos, I humbly apologise”. he said, stroking humour among the crowd. He also went in more details about what BEFFTA icon of the year 2016 award means to him.
BEFFTA awards which honours ethnic minority artisans, entertainers, media, intellectuals and communities. Its annual UK event attracts thousands of Africans and people of Caribbean descent and has been graced by icons including the likes of Trevor McDonald, Singer Lemar among others.
Dbanj who is currently in the UK for his biggest UK Tour taking place starting from tonight in Manchester, tomorrow in Birmingham and London on Sunday the13th was trilled and humbled to receive such a recognition presented to him by Lord John Bird, founder of The Big Issue and Dr Pauline Long CEO and founder of BEFFTA herself.
“This is a well deserved honour for DBanj because he is the first African to ever go into the UK charts. He is an inspiration to many budding African and Nigerian artists and stands out as a role model.” said Dr Pauline Long.
After the meeting in the meeting in the Parlientment house,  The music sensational icon followed the press outside where he was briefly interviewed.
Pictures From The Event 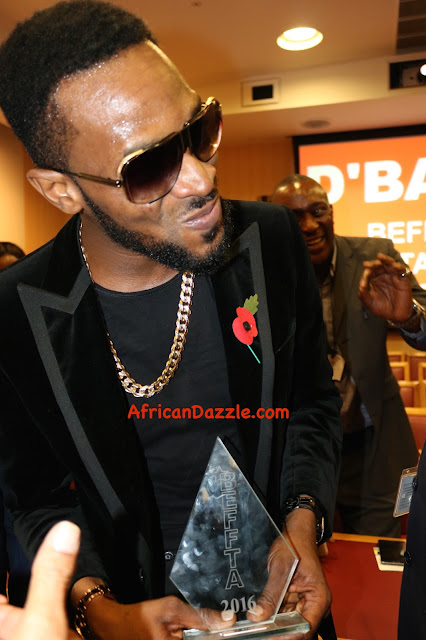 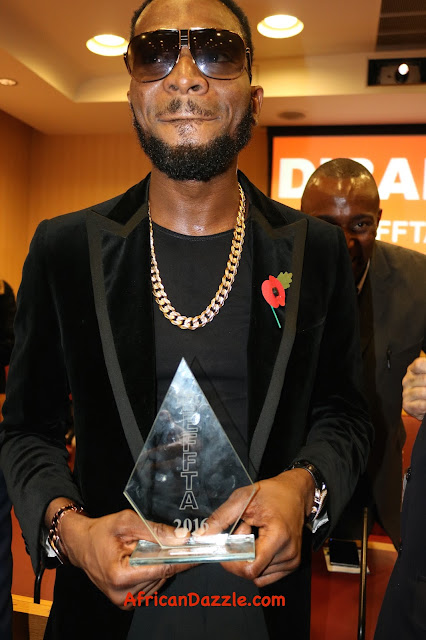 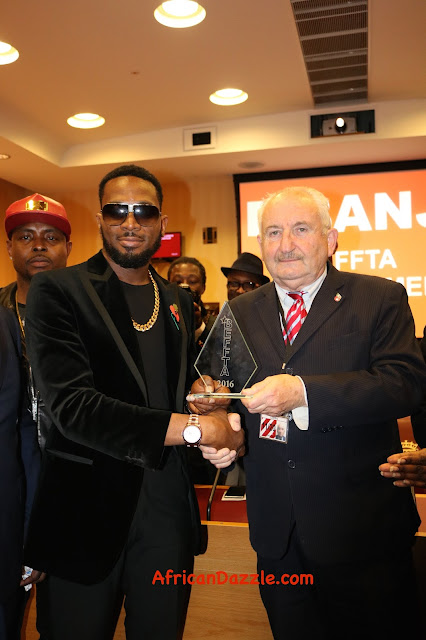 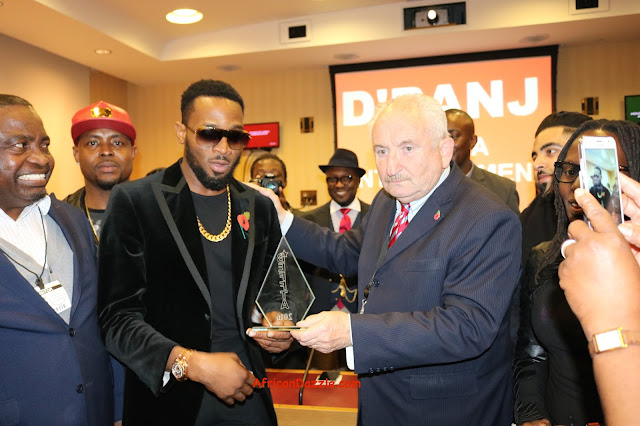 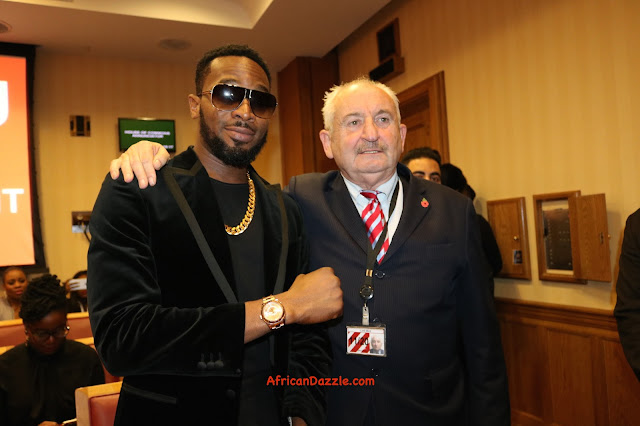 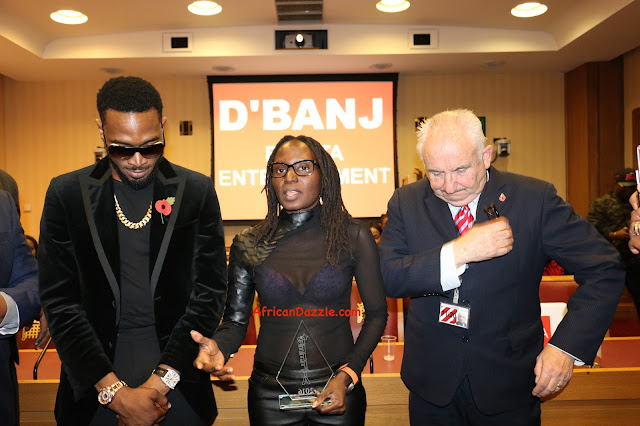 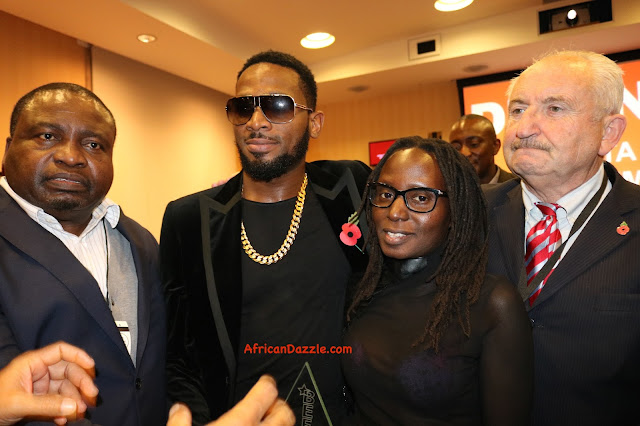 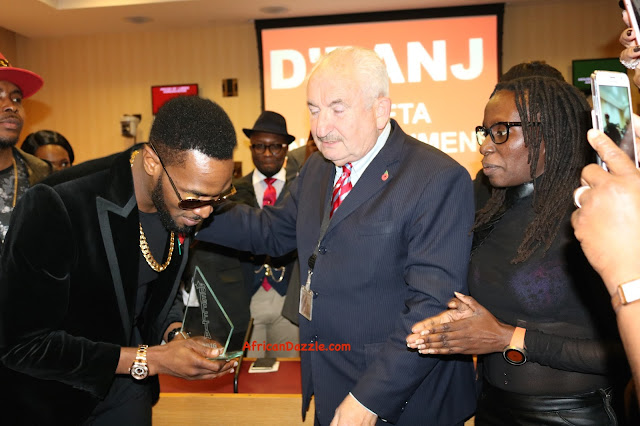 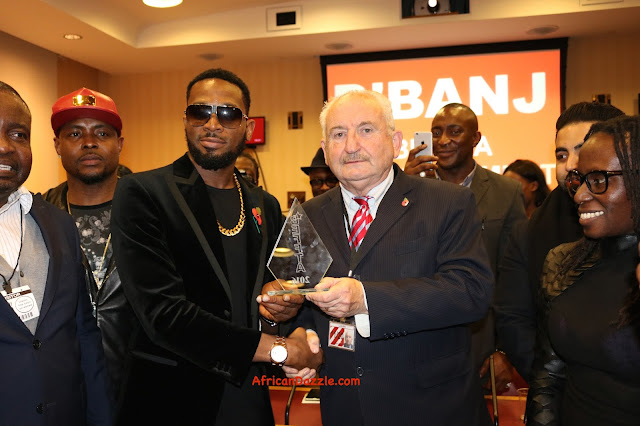 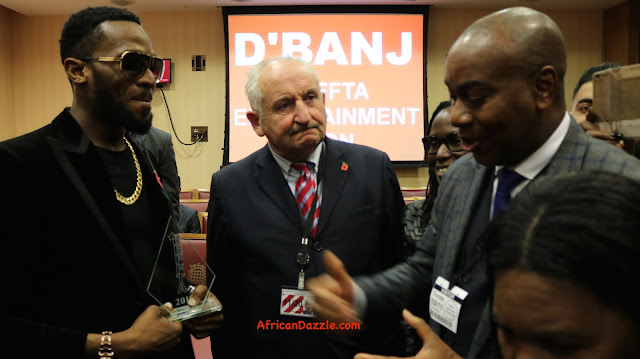 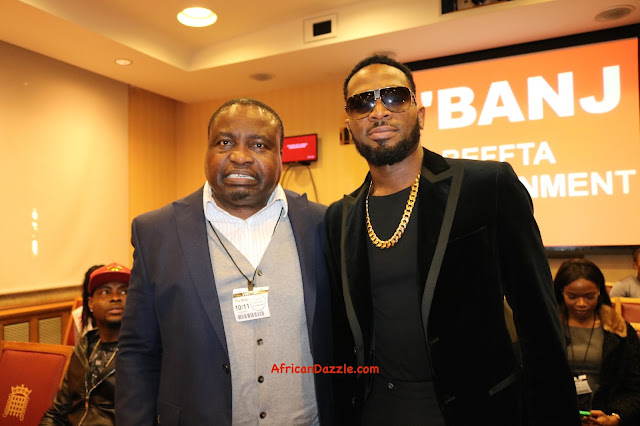 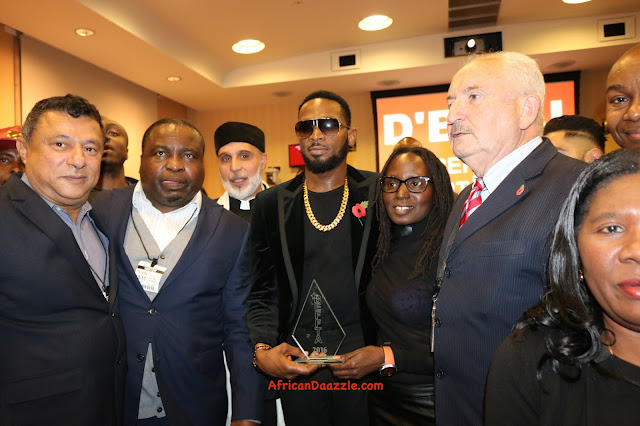 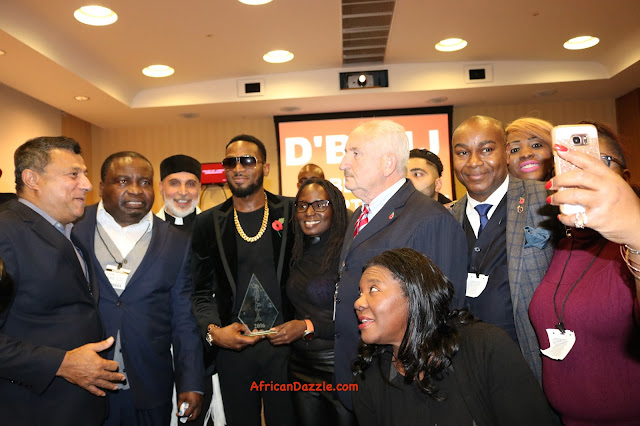