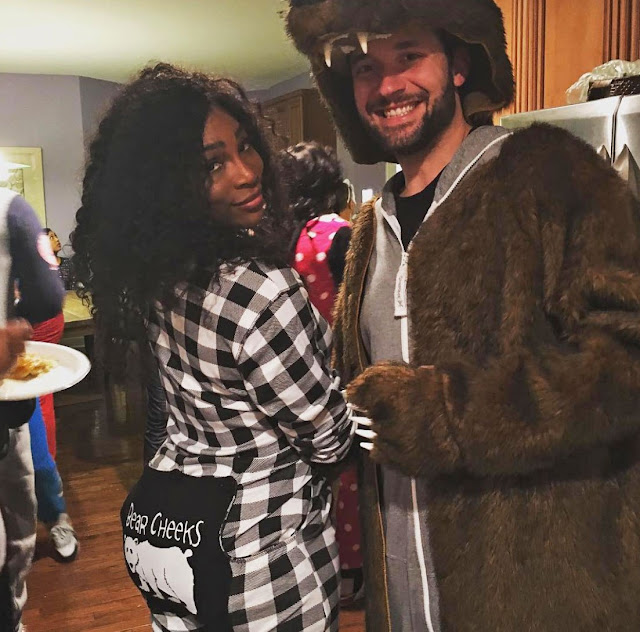 That’s right! Wedding bells are ringing for ace tennis player Serena Williams! She announced that she is engaged to Reddit co-founder Alexis Ohanian, 33. Fittingly, she broke the news in a poem – on Reddit.

“I came home. A little late. Someone had a bag packed for me. And a carriage waited. Destination: Rome,” Williams, 35, wrote on her verified Reddit account.

Serena Williams: “To escort me to my very own ‘charming.’ Back to where our stars first collided. And now it was full circle. At the same table we first met by chance.”

She continued: “But by choice. Down on knee. He said 4 words. And I said yes.” Ohanian shared the Reddit announcement on Facebook, simply writing, “She said yes.”

He also commented on Williams’ Reddit post, writing, “And you made me the happiest man on the planet.”

The engagement comes as a surprise to many – Williams and Ohanian have kept their love private. However, they did show off their silly sides in an Instagram photo around Halloween.

“Bear necessities,” Williams captioned the shot of Ohanian in a bear costume with her flaunting her booty in pajamas that read “BEAR CHEEKS” on the bottom.

The two reportedly began dating in 2015, according to E! News. The tennis legend was previously linked to Patrick Mouratoglou and rappers Drake and Common.

Williams boasts 22 Grand Slam titles along with dozens of other accolades throughout her career. And Ohanian has a list of accomplishments under his belt too. Along with co-founding Reddit, the New York native is the author of Without Their Permission.

This means a big wedding bell for 2017. A huge congratulations to the latest couple in town!