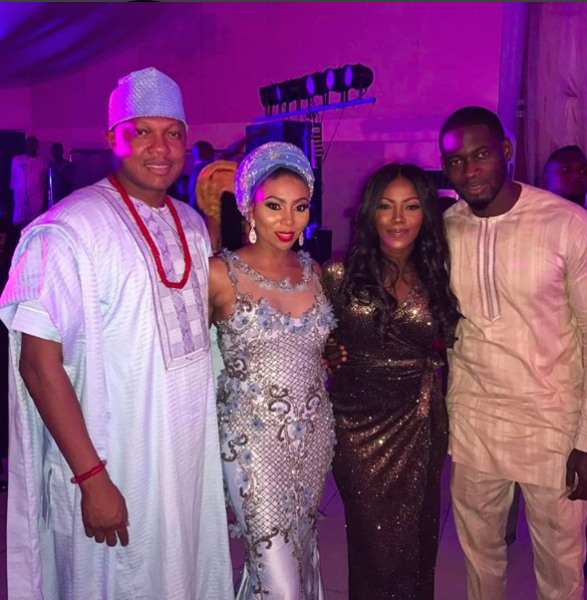 On Friday 30th December 2016, singer Tiwa Savage was spotted at media personality Stephanie Coker and Olumide Adenirokun‘s traditional wedding in Lagos with husband Tee Billz. The shocking questions on fans lips is ‘Are they back on’?

If you recall, the singer publicly hinted in an interview with Pulse TV that they were going their separate ways. This was after a public outburst by Tee Billz on his social media accounts.

For the past few weeks, it has been debated on social media whether the couple are back together again.

Although, there is no official confirmation from either party, the pair were all smiles at the ceremony, while mingling and partying with guests. In this picture about, Tee Billz has got his right hand around Tiwa’s waist indicating they’re cordial.