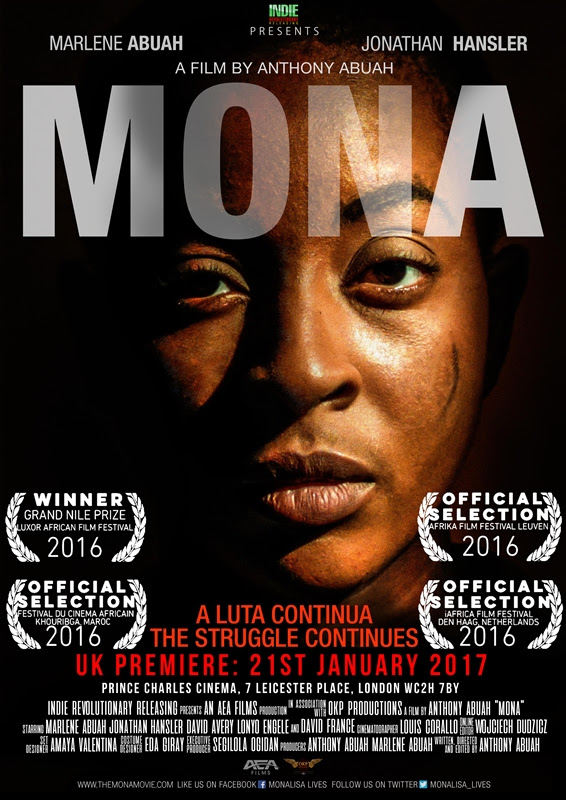 As the British government contemplates entry into the EC, Mona (Marlene Abuah), a Bissau-Guinean female assassin has just returned to London from an international operation. Upon her arrival she discovers that the Portuguese government has been instrumental in the death of a loved one, and decides she must end Portuguese colonial rule entirely by taking the head of its leader, the Prime Minister.

As his official state visit looms, only has one chance to assassinate him. This is a film which is filled with political intrigue and psychological edge. It is one of the first films of its kind featuring an African female assassin and is set to break boundaries with its diverse, critically acclaimed cast and historic content.

A week before the Portuguese Prime Minister, Dr Ribeiro is due to arrive in London for a state visit, the head of the Portuguese secret Police is murdered by a hooker in his hotel room. Protests in London have been growing due to Portugal’s harsh foreign policy in its colony of Mozambique. British intelligence fears there may be an attempt on the life of Dr Ribeiro and assigns one hundred Special Branch detectives to protect him during his four-day stay, led by Commissioner Holmes. Unbeknownst to them, a small group of Afro-Portuguese revolutionaries called the R.D.U. have called on their most gifted assassin, Mona to assassinate Dr Ribeiro.

A series of screenings kick off exclusively to the Prince Charles Cinema, Leicester Square beginning on Saturday, 21st January 2017 with a red carpet affair in the heart of London’s West End.

For ticketing information go to – www.themonamovie.com