Black People must reject Slavery as their history in 2017! 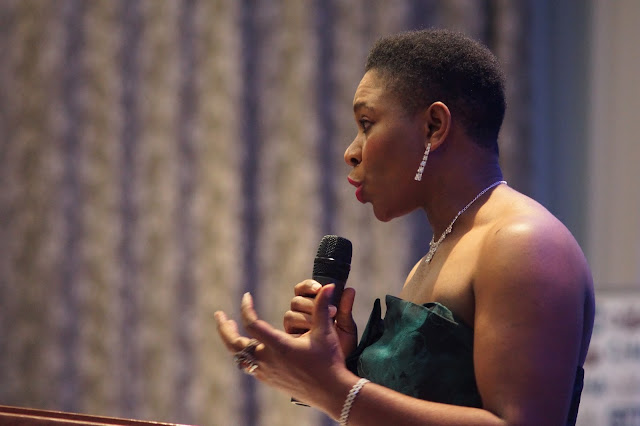 “Faustina refuses to accept that Black history should be based on slavery alone. She argues that, it does not only undermine the achievements and contributions of Black people , it also creates an aura of inferiority and low self-esteem for the young generation.”

History is “the whole series of past events connected with a particular person or thing.” History defines a people, traces their roots and identifies a people, place, or thing. In making these definitions through keeping account of a people’s heritage, one tends to use these stories to empower, inspire, correct and create a better story as they go.

I grew up in Nigeria, although we were aware of the account of slavery and it’s vicious impact on not just the Black race but on the entire human race, we were never subjected to the mental torture of dwelling on it and seeking pity. The story as we knew it then was to teach us about the mistakes our ancestors made at the time and of course seek ways to create a better future of ourselves so that such history never occurs again.

No one is devoid of mistakes. It’s important to acknowledge mistakes, learn from it and move on. Unfortunately, in the case of history of Black people going through slavery, this has not been the case.  As soon as I came into the UK, it was almost as if every single black person here has a background from slavery. Yes there are a handful of a generation whose ancestors were slaves. But not all of us and it’s totally disempowering for us to see ourselves or be defined as a whole as slave descendants.

Probably Black enslavement is the most recent in history. But then, it does not make it necessary that we bombard our children with such barbaric and disempowering history without mixing the accounts proportionately with the stories of who we were before slavery. Reminds me of Maya Angelou’s saying, “It takes more than a horrifying transatlantic voyage chained in the filthy hold of a slave ship to erase someone’s culture.”  So as others try so hard to erase who we are, we must not help them do it better and faster. The tragedy of doing this is that this horrific history will sooner repeat itself.

When it’s made clear that you are not the only one who has made a grave mistake, then you do not beat yourself so hard. Rather, you look to see how others came out of it and reestablished themselves. When giving account of world’s slavery history, it’s important that all people’s slavery times be told. This will not only answer the deep sad questions in the young black minds but will rid them of the embarrassment of feeling inferior to their fellows who may see them as being people of weaker race. Of course who wants to associate with ancestors who were foolish enough to just let their people go into slavery without putting up a resistance? Who wants to associate with ancestors who didn’t have a life before the White people discovered them? Who wants to associate with a history of only negatives?

We need to hear of warriors like Shaka De Zulu, Africa’s great heritage of early civilisation and trade partnerships with the Arabs and the Asians long before the arrival of the Western. We need to focus on the fact that religion both Christianity and Islam all began from Africa.We need to bombard our children with information of how cultured a people we were and still are. We need to tell more of the stories of how even during slavery how our ancestors’ resilience and wisdom earned them great stand in history. We need to focus on how far we have come as a people to become the salt that has given the entire world culture a taste. Without Black people there will not be great music, books, technology, cars and even healthcare. We are people of great intellect, wisdom and culture. Before, during and after slavery Black people have always been great people. These stories should occupy most spaces in Black history and must be incorporated in every daily history of the world and school curriculums.

There are so many ways to defeat a person but, the most dangerous way is to conquer the mind. And the most effective way to do that is to distort the person’s identity through false accounts of his history. Now before one accepts an account of history about himself from another, he must first find out of what benefit is this story to the teller and to themselves. Therefore, it is hugely important that we are aware of what information we accept for our children and we must be aware also of why that information is necessary.

In view of the above I have come up with my 3 way test of  allowing any form of information into your mind; these 3 way tests help you to sieve any information, helping you understand the motive of the teller.

If any of the above answers ‘No’ then there’s no need for such information.

It is these continued disempowering stories that has given birth to what we see today; our children behaving like they have no roots, our children succumbing to the negative narratives they hear of themselves as hopeless, less human beings who need to be rescued, helped and pitied. If our children do not know who they are, they are easily recruited to be criminals, gangstas and people without vision and direction. We should never accept the stories we are told or help to tell the stories that continues to plague us as a people. When people’s identity is distorted it’s like a disease and they people will never recover until the right medicine which is finding themselves is given. And guess what, your oppressor have hidden this medicine far out of sight. It’s now your responsibility to manufacture the right medicine for your survival.

Faustina Anyanwu is the co-founding editor of C. Hub magazine the first and only Afro-creative magazine in the UK. She is the founder of Divas Of Colour International Women’s Forum, the largest gathering of world’s most powerful women of colour from around the globe.

She is a strong advocate of changing the narratives of Black people’s history by promoting the positive contributions of Black people and making sure our stories are proportionately accounted for.

She’s a wife, mother, entrepreneur,  writer, speaker and mentor.  Widely known as a no-nonsense woman who makes sure she does not mince her words.  Fearlessly making sure that the minds of our young Black youths are adequately protected from such stories that seek to destroy.

You can keep up with Faustina work via her magazine – www.chubmagazine.com , and on social media as – @fauntee.