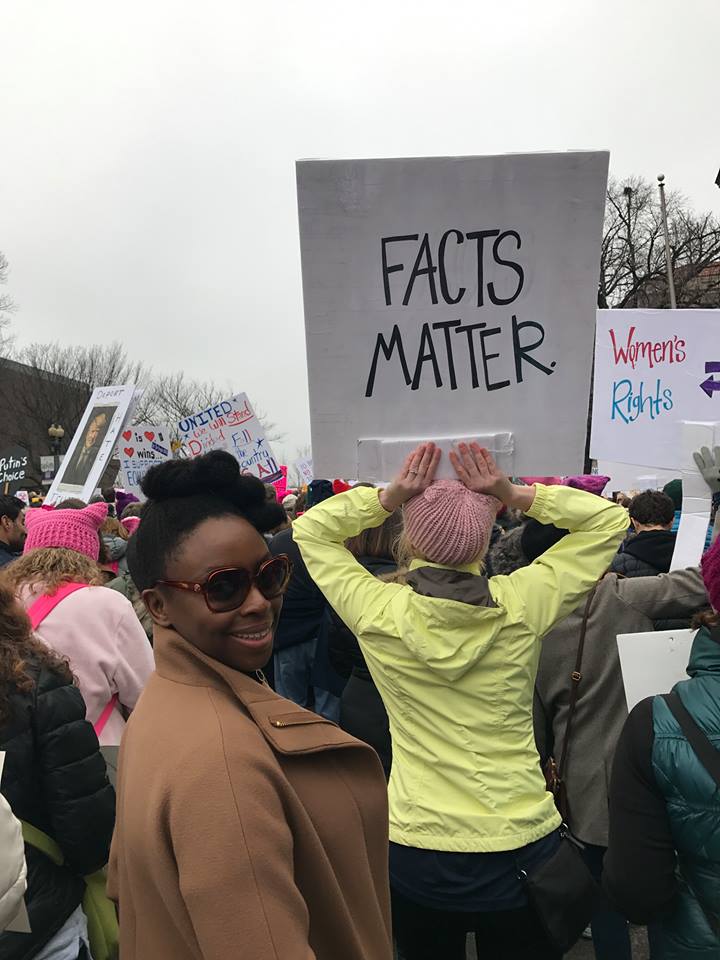 Thousands of protesters marched in solidarity to raise awareness of women’s rights and other civil rights they fear could be under threat under Donald Trump’s presidency. Amongst them is popular Nigerian feminist and Author Chimamanda Ngozi Adichie.

The protest called ‘Women’s March on Washington’ held in several other U.S. cities and across the club.

In Washington, some protesters wore white and blue sashes that said “dissent is patriotic.” Many carried signs that said “Women Won’t Back Down.” Others bore placards with more colorful references to Trump: “Nasty Women rock” and “Keep your tiny hands off our rights.” 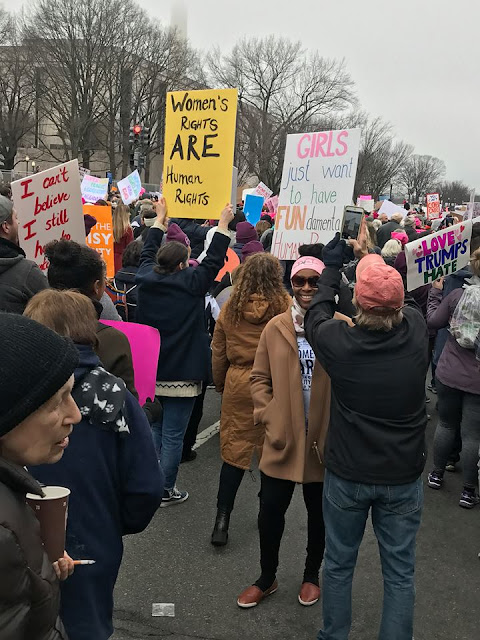 Amongst other US Celebrities, the WomensMarch is being supported by most people across the world.