Home Uncategorized Toniaamaka Chrisokere: Where are all those called “UNBELIEVERS” coming from? Are... 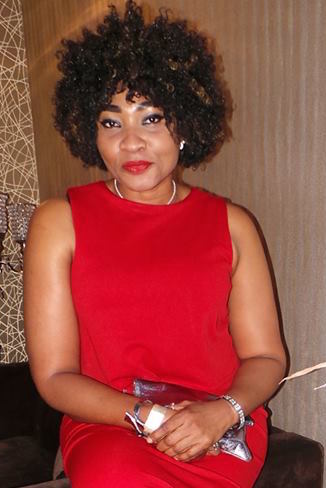 Since it is, one Uncreated Creator who created everyone and everything, is our Daddy Jehovah Almighty creating unbelievers? We see men and women who were born and raised in Catholic Church, where they were conceived by Catholic Church worshipers and baptised and dedicated to Yahweh, as infants called unbelievers by children from Evangelical, Pentecostal who are even yet to be baptised by their Pastors unbelievers because those from Catholic Church Worship Yahweh in a unique way they’re taught to. Believe it or not, it is impossible for us all to worship Yahweh in the same way. He loves diversity and by Himself initiates it. From one generation to another, it has always been one person converting another to join them in their own form of worship. Nothing more, nothing less!  The most annoying thing, is the way some people are brainwashed to give their lives to Christ COUNTLESS times. Only heavens has the records of how many times some people gave their lives to Christ and was also baptised because we hear and read all sorts of man made doctrines put in place to manipulate and keep their victims in confusion and captivity…. Which is very unfortunate! Whom did John the Baptist baptise twice?  None!  Did John the Baptist, baptise everyone before he was beheaded? No he didn’t!  Repent!  Repent!! For the kingdom of God is at hand, John the Baptist preached, before Christ Jesus ESTABLISHED His Kingdom on earth with His precious blood FOREVER, for Yahweh’s will to DAILY prevail on earth as it prevails in heaven, which is why hell is shut FOREVER! If being baptised was the only thing to be done to qualify for His kingdom, then John the Baptist wouldn’t have been beheaded. He would have lived longer to baptise more or almost everyone in his time. Christ Jesus was baptised to fulfil all righteousness to empower Him to qualify us with His precious blood for humanity to become his flesh and blood/brothers and sisters forever. All these rituals are ALL OUTDATED!  There are no unbelievers before the Uncreated Creator, who created everyone and everything.  Neither are we sinners before Dad too. Little helpless children are we and children will we all remain before Dad forever believe it or not that’s what He by Himself sent Christ Jesus to established over 2000 years ago. We’re spirit beings made righteous forever!  And whosoever humbly allows the Spirit of Truth to teach them and obey as He prompts can NEVER be brainwashed to believe otherwise. It is over 2000 years that the redemption of the Whole World was established forever. We’re all REDEEMED and RELEVANT to Dad’s glory forever that’s why hell is shut FOREVER because every SOUL matters to Him because Christ Jesus paid an IRREVOCABLE PRICE. If we believe that we’re redeemed, then were are these unbelievers coming from?  Shouldn’t a believer reproduce his or her kind knowing that His spirit dwells in us? We can’t possibly achieve much If we’re to go by those documented words and the Everlasting Truth is that those letters are doing more harm than good NOW. It has become a FRAUD for ANYBODY to call ANYONE an UNBELIEVER or A SINNER because If we’re to count sin, our thoughts and imaginations are inclusive. And everyone thinks and imagines. It’s your choice to let anyone who’s offence is different from yours or even the same as yours to put you down before Dad or people because you told them in trust. There’s only one Uncreated Creator who created everyone and everything and Yahweh wouldn’t Create whom or what He doesn’t believe In.  He believes in us, that’s why He created each and every one of us and that’s why hell is shut FOREVER because we’re all relevant to Him.  Yahweh by Himself initiated the redemption of the Whole World. He by Himself took responsibility for all that went wrong before and after creation and shut Hell forever to put an end to all the confusion because He can’t destroy us for being humans. We’re all shades of Yahweh In His image He created us He can’t deny any of His creatures Because He created us just as we are That’s why hell is shut FOREVER because there’s no any other creator besides;The Everlasting Father The King of Glory The All Sufficient God I AM THAT I AM God of all gods King of all kings Lord of all lords The owner of the Whole World Our own Daddy Jehovah Almighty who’s name is ENDLESS……. Just the way the manufacturer can’t blame the consumer for their products, that’s how Dad can’t blame us for being humans because He created us and that’s why hell is shut FOREVER. Just the way a wise caring, loving and honest parent can’t blame his or her child(ren) for manifesting their personality, deny or reject them that’s what Dad is done with us humans. Join to stop the confusion because we can’t separate Christ Jesus from the Uncreated Creator who created everyone and everything, all Yahweh created are His too forever. Church is only a support network. Nothing more nothing less. We’ll all live and die become history like the previous generations lived and became history.

Toniaamaka Chrisokere is a single mother of four Sickle Cell Children. God used her pain to transform her life. She is home schooled by God Himself and He’s trusted her  with an undocumented truth which time can NEVER PROVE wrong that there’s only one Uncreated Creator who created everyone and everything and loves all His creatures with an IRREVOCABLE Love that’s why hell is shut forever because everyone and anyone is relevant. In her spare time, Toniaamake is a playful soul, a lover of music who also enjoy dancing.