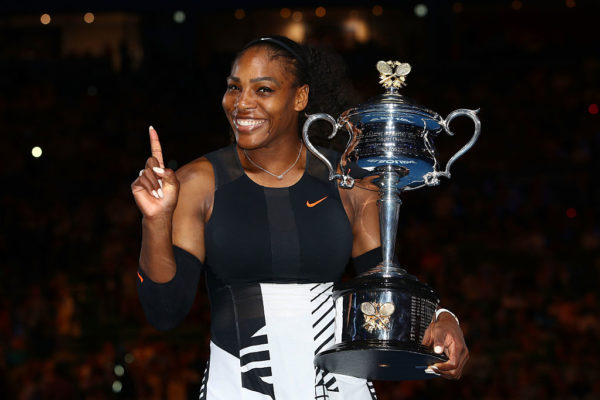 Tennis queen, Serena Williams wins her 23rd Grand Single in a battle game of  6-4 6-4 defeat of sister Venus to win the Australian Open this morning. The renowned tennis legend who is now engaged had to produce some of her best tennis to overcome her sister Venus in yet another anticipated game of tennis.

Serena fell to the ground after she won, with hands in the air and eyes wide with disbelief, before she congratulated her sister for inspiring her run in Melbourne.

The win moved her past Steffi Graf on the list of all-time slam winners and she now sits just one shy of Margaret Court‘s long-standing record of 24.

“Serena Williams, that’s my little sister, guys, Congratulations Serena on number 23, I’ve been right there with you, some of them I’ve lost with you. Your win has always been my win, you know that. I’m enormously proud of you, you mean the world to me.” Venus said.

Eight years have passed since their last grand slam decider at Wimbledon in 2009, and their combined ages in Melbourne added up to the oldest major final ever contested.

A huge congratulations queen of tennis!