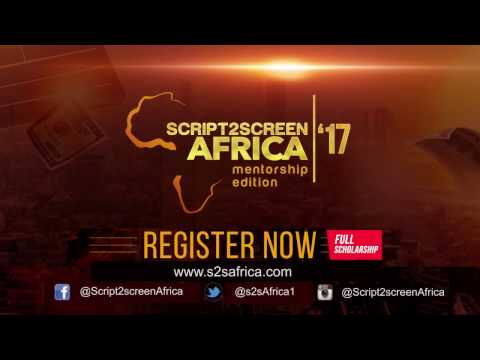 The African Film industry is set for a revolution in filmmaking. High Definition Film Academy (HDFA) launches the 6th edition of its Script2ScreenAfrica filmmaking and Acting Reality TV project, with the theme “Film as a catalyst for revolution!”. The Reality TV project which is scheduled to hold from July 1st to August 26, 2017, will host 60 Finalists, 12 Star actors and trailblazing filmmakers as mentors, 20 Short films on Social Justice, and climax with a premiere of the short films at the 2017 Script2ScreenAfrica Awards.

Script2ScreenAfrica is High Definition Film Academy’s yearly intensive Hands-on filmmaking and Acting training, involving three stages: Training, Short Film Competition, and Awards. The academy has successfully organised this training for 5 consecutive years, starting from its maiden edition in 2011/2012. Our 2017 edition is an upgraded and rebranded version of the previous editions; a Filmmaking and Acting REALITY TV project with focus on social justice filmmaking, and will span for Eight (8) weeks

In a time when our continent is overwhelmed with multiple social ills; corruption, injustice, inequality, lack of quality education, lack of power supply, poverty, and insecurity, we seek to train filmmakers with a vision to tell stories that will tackle some of the continent’s most pressing issues head-on, educate viewers while entertaining them, and hopefully pique effective action once the screen’s glow diminishes. Filmmakers who understand that film is an ideal catalyst for change, and linking a powerful story with a highly developed activist campaign could move public opinion and start a revolution.

Auditions across 7 states in Nigeria, 3 countries in Africa, U.S and UK (for Africans in the diaspora) will select 60 finalists into the 2017 Script2ScreenAfrica Reality TV project House. The 60 Finalists are separated into 6 teams of 10 finalists per team (5 filmmakers and 5 actors). Each team is headed by a combo of a star actor and a trailblazing filmmaker as their mentors.

Registration for the 2017 Script2ScreenAfrica Reality TV Project is officially open today February 1, 2017, and will close March 31, 2017. Registrations are done online at the project’s website: www.s2safrica.com

Interested talents are also invited to Win a GOLD TICKET into the Script2ScreenAfrica House as finalists, without going the registration and audition stages, by participating in one of the CHALLENGES, viz: MONOLOGUE Challenge, SCREENPLAY challenge, and 1 MINUTE FILM Challenge, guidelines are available on the script2screenAfrica website.

Sponsorship and Partnership opportunities avail for organisations and individuals to key into this project as Premiere sponsor, Product placement partner, or Premiere Title Partner etc.

Further, enquires and correspondence should be made to script2screenafrica@gmail.com or hdfilmacademy@gmail.com or call High Definition Film Studio on 08161704676 and 08171152769.