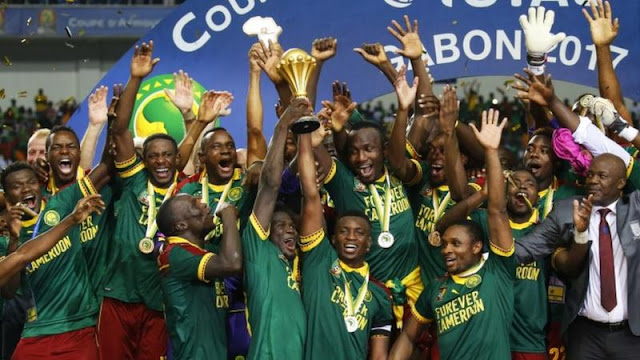 Congratulations to Cameroon football team who came from behind to beat Egypt 2-1 and seal a fifth Africa Cup of Nations (AFCON) title in a great final battle.

Substitute Vincent Aboubakar swept in the winner two minutes away from the end of regular time, flicking the ball over defender Ali Gabr and thumping it home.

Nicolas Nkoulou had earlier equalised for Cameroon in the 59th minute, rising highest to power home a header on the hour mark.

The equaliser cancelled out Mohamed Elneny’s opener in the 22nd minute with a beautifully taken near-post strike.

Egypt who finished as runners up have won a record seven titles with goalkeeper Essam El-Hadary, 44 as the tournament’s oldest ever player.