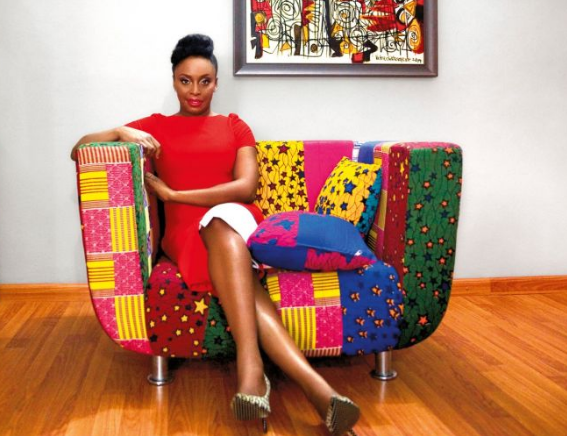 Nigerian acclaimed author, Chimamanda Ngozi Adichie has been elected as a foreign honorary member of the American Academy of Arts and Letters. Chimamanda joins Nobel Laureate, Wole Soyinka who was elected in 1986.

Chimamanda was elected alongside 2 other foreigners.

The other foreign honorees are Kaija Saariaho, a Finnish composer, and Zadie Smith, an English writer.

The body disclosed this in a statement, adding that the newly elected members will be inducted at the annual induction and award ceremony in May.

The American Academy of Arts and Letters was founded in 1898 as an honor society of the country’s leading architects, artists, composers, and writers.

“When the American Academy of Arts and Letters holds its annual induction and award ceremony in mid-May, Calvin Trillin, secretary, will induct fourteen members into the 250-person organisation and Yehudi Wyner, president will induct three foreign honorary members,” the Academy said.

The 14 elected Americans who will be inducted in May are:

The objective of the Academy include to “foster and sustain an interest in Literature, Music, and the Fine Arts” by administering over 70 awards and prizes, exhibiting art and manuscripts, funding performances of new works of musical theatre, and purchasing artwork for donation to museums across the country.