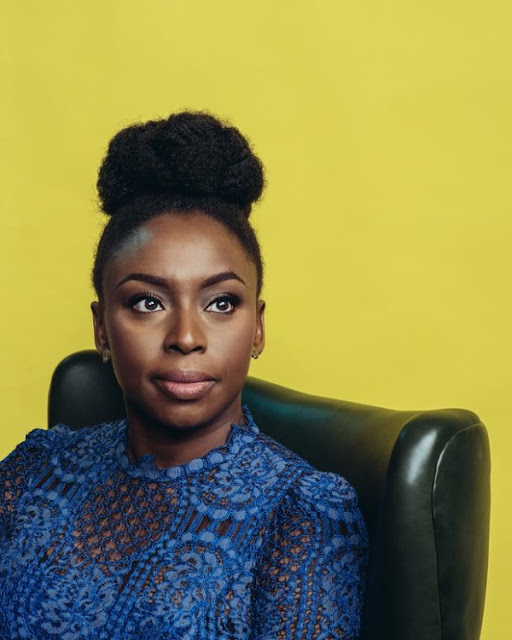 Celebrated author Chimamanda Ngozi Adichie’s new short book, entitled “Dear Ijeawele, or A Feminist Manifesto in Fifteen Suggestions”, is based on a 9,000-word advice letter she wrote to a friend on how to raise her daughter as a feminist. The book was officially released yesterday March 7th.

Leading up to the release Chimamanda has been doing some press rounds. Over the weekend she was spotlighted by Guardian UK and she talked about the new book, on feminism being used as a marketing strategy, double standards and more. 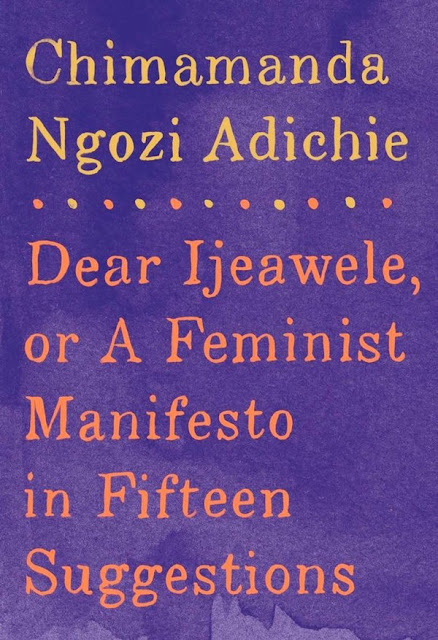 Below are some excerpts from the book.

“I was opened to a certain level of hostility that I hadn’t experienced before as a writer and public figure”. She said.

On not being the typical Nigerian parent:

A friend was just visiting and she said to me, ‘Your parenting is not very Nigerian.’ In Nigeria – and, I think, in many cultures – you control children. And I feel like, my daughter is 15 months, she doesn’t have a sense of consequences. And I enjoy watching her. So she tears a page of a book? Whatever. She throws my shoes down. So? It’s fun. I love that she’s quite strong-willed.

On feminism being seen as “mainstream:

I’m already irritated. This idea of feminism as a party to which only a select few people get to come: this is why so many women, particularly women of colour, feel alienated from mainstream western academic feminism. Because, don’t we want it to be mainstream? For me, feminism is a movement for which the end goal is to make itself no longer needed. I think academic feminism is interesting in that it can give a language to things, but I’m not terribly interested in debating terms. I want people’s marriages to change for the better. I want women to walk into job interviews and be treated the same way as somebody who has a penis.

On feminism being used as a marketing tool nowadays:

Yes: what’s the damage? I would even argue about the ‘theoretically obscene’. There’s a kind of self-righteousness to the ultra-left that is hard for me to stomach. Its approach to poverty can sometimes border on condescension. I often think that people who write a lot about poverty need to go and spend more time with poor people. I think about Nigerian women who can hardly afford anything but who love fashion. They have no money, but they work it. So, the creative director of Christian Dior is obviously a woman of some privilege. But does it then mean that she doesn’t have gender-based problems in her life? Because she does. Does it mean she doesn’t have this magnificent rage about gender injustice? Because she does. Wanting to use that slogan – was it going to make the world a better place? No. But I think there’s a level of consciousness-raising and a level of subversion that I like. No. Sorry. Feminism is not that hot. I can tell you I would sell more books in Nigeria if I stopped and said I’m no longer a feminist. I would have a stronger following, I would make more money. So when people say, ‘Oh, feminism’s a marketing ploy’, it makes me laugh.

“I think we need to stop giving men cookies for doing what they should do,” she says, and goes on to explain that her husband, who needs less sleep than her, tends to get up in the night to tend to the baby. “On the one hand, I realise that my husband is unusual; on the other, I feel resentful when he’s overpraised by my family and friends. He’s like Jesus. I did all the physical work to produce her! There’s something fundamentally wrong with the way we’ve constructed what it means to be female in the world.”

On her daughter’s natural hair and the pressure to “subdue” it:

We had just come back from Lagos and my sister, God bless her, had already had a talk with me about my daughter’s hair. She said, ‘You need to do something about it.’ With my family, there’s an eye-roll and a here-we-go-again with her, and she said to me, ‘Do you want me to send you a set of combs?’ And I was like, ‘No, thank you.’ And I know it’s going to keep happening. But, no, I’m not going to conform in that way. I’m not going to have my child go through pain because society expects a certain neatness. It happened to me, it’s not going to happen to her. And I’m ready to have all the battles I need to have.