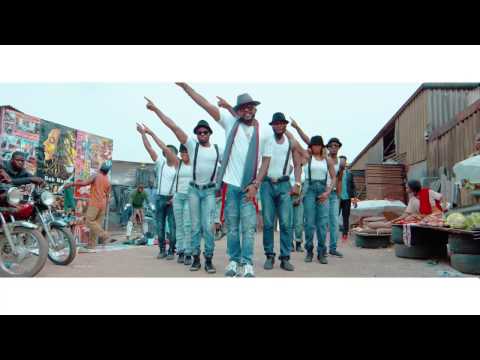 Singer Banky W drops his first offering for the year 2017 and it is a video titled “Blessing Me“. The video was directed by himself alongside Clarence Peters. The song according to Banky W is just to thank God for always blessing him in all endeavours especially saving him from the fire that razed his place a few weeks back.

Here is what he had to say…

“As you all probably know, I had a fire incident in my house last week that was a little bit scary at the time. But instead of focusing on that fear or on the damage and what was lost, I choose to celebrate the fact that God has once again saved my life, and made me victorious over death and unfortunate circumstances. I’m celebrating life, and counting my blessings… knowing that the challenges I face, pale in comparison to the greatness that’s in store for me by God’s grace. So this song is as much for anyone that’s going through tough times, as it is for those that have already overcome them.

I believe that the act of thanking and Praising God for your blessings, in and of itself, opens the door for more blessings to come in. So in the video, you see me rising from nothing to something… starting out as a worker in a mechanic/hardware shop; while praising and thanking God, our clothes get nicer, our surroundings get better, my car gets upgraded, etc. And then at the end, you see that my entire story and my rise from nothing to something, is actually in someone else’s mind as he reads about me in the magazine. So that’s why you see the little vibrations/glitches as you’re watching us perform… because he’s imagining the whole story of my own rise, and it’s actually serving as inspiration for him as he’s also starting from his own “nothing” hoping to make it into something. And he knows that if he does the same as I did… i.e. work hard, while thanking and praising God for his blessings, he too can follow the same path and rise from nothing to something.

“Be thankful for what you have; you’ll end up having much more. If you concentrate on what you don’t have, you will never, ever have enough” – Oprah Winfrey.