Home Events ‘One Africa Music Fest’ Takes Over London Wembley Arena On May 13:... 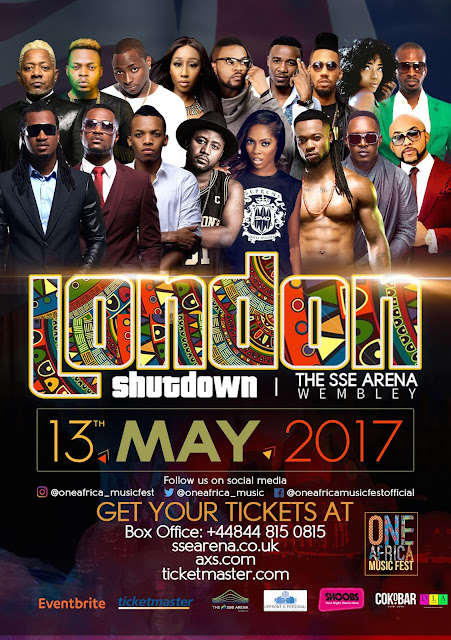 Following two Sold Out shows at New York’s Barclays Centre (19,000 capacity) and Houston’s Toyota Center (18,000 capacity), One Africa Music Fest, the World’s Biggest Afrobeats Festival will now debut in the UK at SSE Wembley Arena.
One Africa Music Fest USA saw huge performances by Wizkid, Dbanj, Jidenna, Flavour and Seun Kuti, and was attended by US celebrities Swizz Beatz, DJ Ebro, Lil Mama, Angela Simmons and more. The event was also streamed live on Tidal and supported by Hot 97 radio, VIBE Magazine and Okayafrica.
The London extravaganza on the 13th of May, with the weight of Global Radio’s Capital Xtra, will be the first Afrobeats event of this magnitude in Europe. It will feature a line-up of Africa’s most renowned artists, such as Roc Nation’s Tiwa Savage, Nigeria’s biggest pop duo P-Square, Sony Music’s Davido and fellow label-mate Tekno dubbed the ‘golden boy of Afrobeats’; Tanzanian superstarAlikiba and pan-African stars Awilo Longomba and Cassper Nyovest; and will be hosted by Nigerian singer/actor Banky W and Capital Xtra’s Abrantee Boateng as the official UK DJ.
One Africa Music Fest has rapidly become the seminal platform to showcase African music and culture to mainstream and diaspora audiences across the world. The event brought to you by Paul O, CEO of Upfront and Personal Global Management Consultants (UPGMC), plans to continue to share the vision to unite and showcase Africa worldwide. “It’s imperative that we continue to show the world what the continent of Africa is truly about. We are pioneers in the musical sounds and styles that the commercial industry are now sampling and it’s fantastic that we can finally exhibit this on a global scale”. 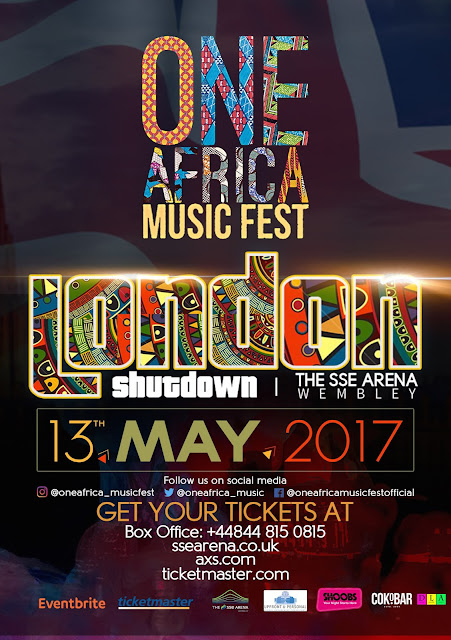