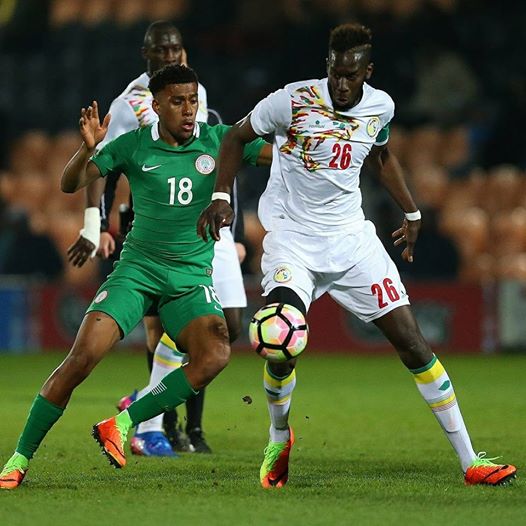 NIGERIA’S Super Eagles snatched a 1-1 draw in their first of two  London-based friendly games last night thanks to an 82nd minute equaliser from the penalty spot in a poorly attended match against Senegal’s Lions of Teranga. 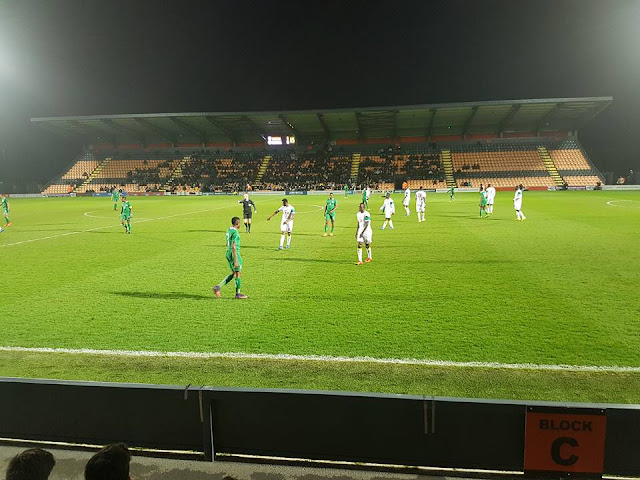 In a game that only attracted 1,400 fans, the Eagles succumbed to a 56th minute goal from a highly physical Senegal team before coming back to snatch a draw. In the blustery wind of Barnet FC’s stadium known as The Hives, Nigeria’s blushes were spared by Manchester City’s Kelechi Iheanacho, who converted from the spot after being brought down for a penalty by Senegalese goalkeeper Pape Ndiaye.

Arranged to test out the Eagles against a physically dominant side similar to Cameroon who they will face in a World Cup qualifier in August, the match saw Nigeria bullied and harried by a robust Senegal team. Right from the kick-off, the Eagles were out-physicalled, manhandled and roughed up by the no-nonsense Lions of Teranga.

Senegal nearly took the lead early on in the game when Moussa Sow had a free header on target in the 20th minute but the alert reflexes of Nigerian goalkeeper Daniel Akpeyi saved the day. Akpeyi, who only arrived from South Africa on the morning of the match, managed to push the ball unto the woodwork and prevent a certain goal.

Encouraged by this, the Lions of Teranga continued to forage for a goal but the eagles central defensive partnership of Leon Balogun and William Ekong managed to hold them at bay. They also continued their robust play and in the 25th minute, this resulted in a disaster for Nigeria as skipper Ogenyi Onazi was badly injured in a collision with Mame Diouf and had to be stretchered off. 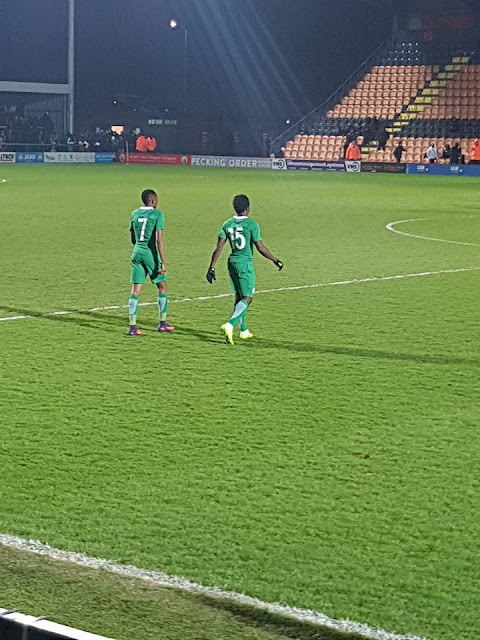 Eagles head coach Gernot Rohr responded by bringing on the equally physical John Ogu and his introduction stabilised things as he and man-of-the-match Winifred Ndidi had the physicality to restore some stability in midfield. From then on, Nigeria took the game to Senegal, creating several openings.

However, Iheanacho and Ahmed Musa were wasteful in front of goal squandering several clear chances with the Manchester City striker even shooting wide from six yards out. Thanks to this profligacy, Senegal managed to go into the break with a clean sheet after what appeared to be a half of two halves.

At the restart, the Senegalese tried to step things up a gear, re-establishing some form of dominance, resulting in Sow slotting the ball home for the curtain raiser in the 56th minute after some poor defending by Nigeria. It was no more than Senegal deserved after the Eagles failed to clear their lines and engaged in senseless schoolboy passing at the back when the ball should have been cleared to Row Z.

Following the goal, Mr Rohr made some changes, bringing on Oghenekaro Etebo for the hapless Alex Iwobi who was bullied, harried, out-physicalled and manhandled all evening. Out of his depth against the robust Senegalese, Iwobi hardly had a touch of the ball for the 61 minutes he was on the pitch and whenever he did get the ball, he was immediately dispossessed.

Coming on alongside Etebo was Isaac Success, making his senior debut as he replaced Simon Moses out wide. Senegal’s coach Aliou Cisse made a few changes too, bringing on Sadio Mané for Opa Nguette in the 65th minute and Famara Diedhiou for Sow on the 70 minute mark. 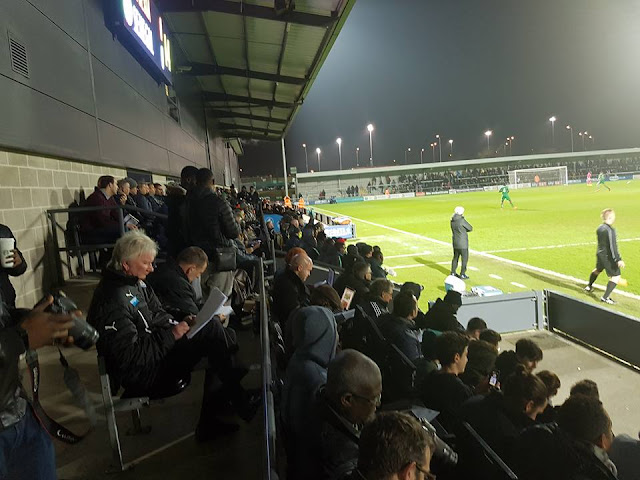 As they sought to respond to the numerous physical challenges of the Senegalese, the Eagles ended up picking up four yellow cards on the night with Ndidi, Elderson Echiejile, Leon Balogun and Isaac Success all being cautioned. In the 76th minute, Olanrewaju Kayode came on for Ahmed Musa and this appeared to give the Eagles the attacking edge they lacked.

Kayode’s pace and power opened up the Senegalese defence repeatedly and eventually resulted in the goal when he put Iheanacho through on goal. After collecting the ball, Iheanacho rounded  Ndiaye in the Senegalese goal but was brought down by the keeper.

He dusted himself got up and converted the ensuing penalty. Iheanacho nearly made it two in the last minute but he screwed his shot just wide after some nice build-up play between himself and Kayode that carved the Senegalese defence open.

In his after-match press conference, Mr Rohr, who appeared alongside Echiejile, who took over the armband from Onazi when he went off, said that he picked Senegal because of how similar they are to Cameroon. He added that he is hoping to build up his team physically to meet such challenges in the future.

“We picked Senegal because they are similar to Cameroon and I felt it would have been a good test for my players. On the whole, I think we did well but Ogenyi Onazi’s injury looks serious and he will have a scan tomorrow but I am pleased with Daniel Akpeyi who only arrived in the morning and should be given credit for going straight into the team and performing well.

“This is Tyrone Ebuehi’s first outing with the team and it would have been too much to put him straight in as right back but he is likely to play against Burkina Faso, while FC Porto’s Chidozie Awaziem is injured so could not play. John Ogu was brought on after Onazi went off because of his size and physicality and he coped well,” Mr Rohr added.

He said he decided to start with almost the same line-up that played against Algeria because the team had not played together for four months and building chemistry was required. According to Mr Rohr, about half of the boys who started the game were not seeing action in their clubs so he wanted to use this to get them some playing time and make them fit.

Nigeria will now play the second of her scheduled friendly games against Burkina Faso on Monday also at Barnet FC. Ado Don Haag right fullback Ebuehi is expected to make his debut in that match, although it is not yet clear if Awaziem will be fit. 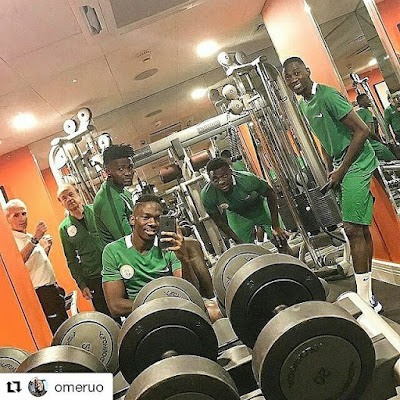