“My story, my script was written 100% by me” Omoni Oboli’s Okafor’s Law Movie Premiere cancelled over Copyright Infringement Allegations! 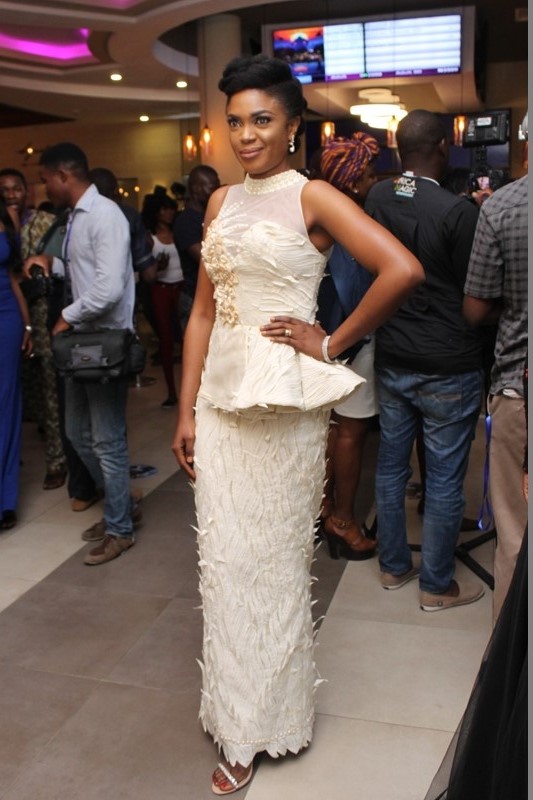 After months of preparation and publicity, the actress was served a court injunction around 5 P.M. just an hour before the premiere, because of a lawsuit filed by a third party over allegations that she infringed on a writers intellectual property.

In the injunction, which was obtained to prevent Okafor’s Law premiere and release on March 31, Omoni Oboli, Dioni Visions and Filmone Distribution are the 1st, 2nd and 3rd defendants respectively. 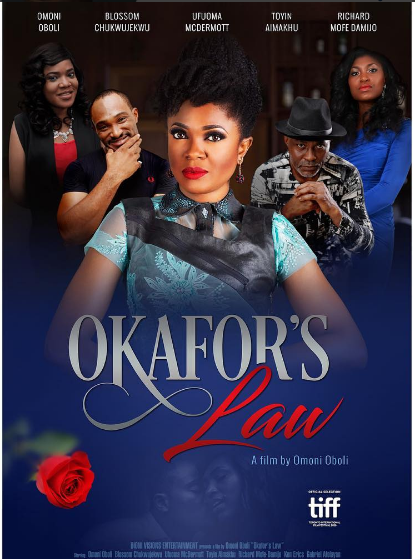 The actress was clearly heartbroken as she broke the news to the audience “Okafor’s Law is my story, my script, my film; was written a 100% by me.” She tried to explain to the eagerly waiting audience.

Omoni Oboli was accused of copyright infringement for the Okafor’s Law title she gave her movie, by a Canada-based writer, Jude Idada.

Jude accused Omoni of stealing his story and idea for her new movie, Okafor’s Law, in September 2016.

Jude revealed this in an interview with an online movie website, TNS. He also stated that Oboli copied his idea for her directorial debut, “Being Mrs Elliott.”

In September 2016, TNS published a 45-minute long interview with Jude who alleged that the actress infringed on his intellectual copyright by running with his script for the film.