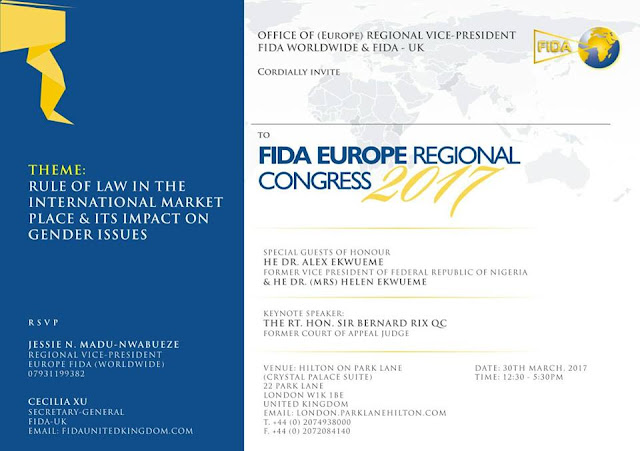 The International Federation of Women Lawyer (FIDA) UK, organised by Jessie N. Madu-Nwaueze, the non profit world-wide organization seminar takes place Thursday, March 30th, 2017 at Hilton Park Lane London. FIDA is an organization of women lawyers who create time and resources to give back a little to their communities from which they believe they have gained so much through their privileged education.

FIDA United Kingdom (FIDA UK) is an international Non-Governmental Organisation (NGO) in consultative status with the economic and social council of the United Nations (ECOSOC). Organised in 1944 at Mexico City, the group was originally known officially by its Spanish name, Federacion Internacional de Abogadas. Its mission is to promote the welfare of women and children and the principle and aims of the United Nations in their legal and social aspects. FIDA obtained UN Consultative status in 1954. FIDA consists of individual members and affiliate organisations. Individual members must be women admitted to the practice of law in their respective countries. Affiliate organisations have been established in 73 countries in all 5 continents of the world. FIDA holds national, regional and international conferences and a biennial congress held in the country of the current president. Presidency is rotated around the five continents of the world. 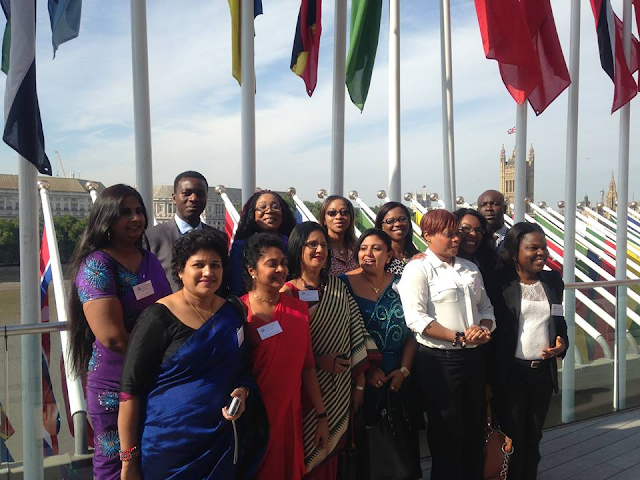 FIDA EUROPE REGIONAL CONGRESS 2017 invites all women lawyers to be part of their organisation. The theme for Thursday seminar: