Ayo Akinfe, editor of Nigerian Watch Newspaper, a community leader within the UK Nigerian community and a writer presents us with his latest novel. ‘Black Ladder’, A love story which couldn’t stand so many things including the rigours of the UK and much more is out and available on Kindle.

Suji Mustapha grew up against humble beginnings in south-western Nigeria and through sheer hard work, managed to get a university degree in insurance. He started working for Swinton Insurance, a British broker that opened a Nigeria office, where his boss Lorraine Alexandria took a fancy to him.

After a whirlwind affair, Lorraine and Suji got married and moved to Britain together at the end of her contract. Their marriage, however, could not stand the rigours of the UK and very shortly after arriving in London, they split up, leaving Suji penniless and homeless.

Despite all the odds stacked against him, however, Suji laboured on, studied, worked hard and became the first African-born director of a merchant bank in the City of London. Battling against formidable obstacles all the way, like a laser-guided missile, Suji remained focused on his objective and stayed the course until he reached the very summit. 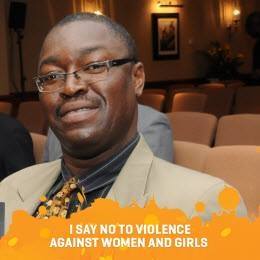 Born in Salford, Manchester, Mr Ayo Akinfe is a London-based journalist who has worked as a magazine and newspaper editor for the last 20 years. Ayo attended Federal Government College Kaduna and obtained his first degree in history from the University of Ibadan. He returned to the UK in 1990 and did his post-graduate studies in journalism at the University of Westminster in London.

Ayo spent his key formative years in Nigeria where he saw the kind of horrors poverty, an unfair trading environment, under-development, corruption and mismanagement visits on African countries. While at the University of Ibadan,  Ayo was an official of the National Association of Nigerian Students (Nans)

After working in journalism for over 25 years, Ayo decided to switch to book writing after realising that there is simply too little out there in African history.   Fuelling the Delta Fires is one of a series of novels aimed at highlighting Africa ’s sorry plight and the misleading image peddled about her.

Ayo is also an avid football fan who writes regularly for Nigerian publications such as The Guardian, Vanguard and The Nation. Apart from politics and socio-economic matters, his other great passion is the Super Eagles. He has a Nigerian Village Square column where most of his articles are actually about the Super Eagles.

A big Wilbur Smith fan, Ayo plans to make his series about West Africa similar to what Wilbur has done in southern Africa. Ayo has read all of Wilbur’s 33 novels and believes what has been done there can be replicated in the West African sub-region.

A book launch is set to take place; May 2nd  in London. Ayo Akinfe will be there to sign copies. The Venue will be revealed soon.