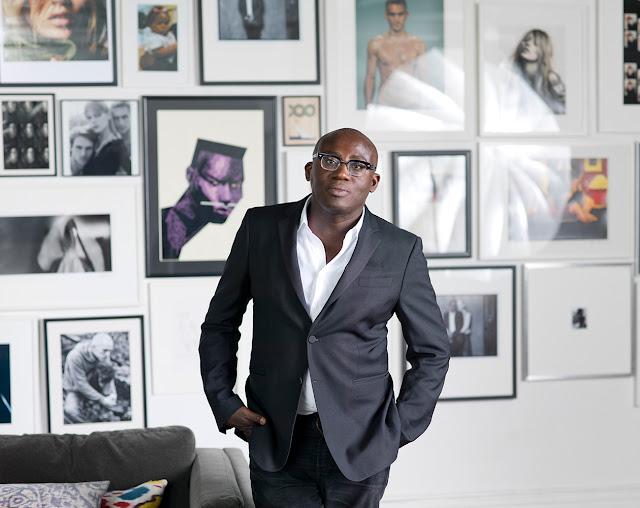 Ghanaian-born Edward Enninful has been appointed as the editor-in-chief of British Vogue, succeeding Alexandra Shulman, who resigned in January 2017 after 25 years. 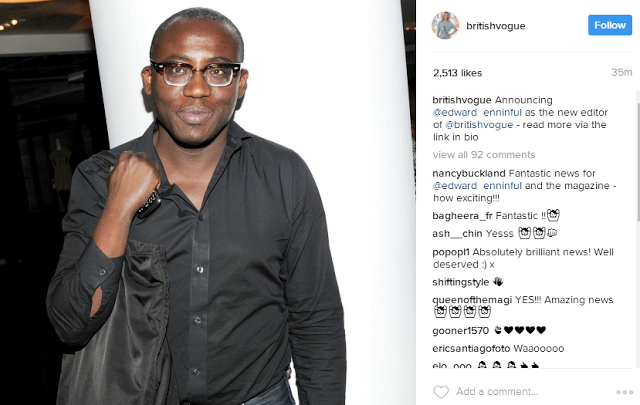 Condé Nast International chairman and chief executive Jonathan Newhouse announced the new Editor-in-Chief yesterday; calling Enninful “an influential figure in the communities of fashion, Hollywood and music which shape the cultural zeitgeist”, adding that “by virtue of his talent and experience, Edward is supremely prepared to assume the responsibility of British Vogue.

Known as the former fashion and creative director at W Magazine,  Edward will be the first male to edit British Vogue in its 100-year history, and will begin his new role on August 1. 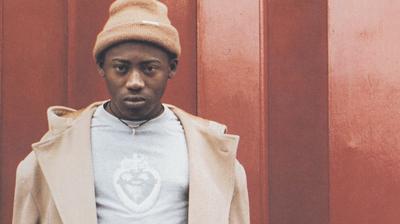 Edward spent his childhood in London where, aged 16, he was model-scouted and his fashion career began. His career to date has seen him work for Italian Vogue, American Vogue and most recently W Magazine, as well as consult on countless high-fashion campaigns.
While the fashion industry has long recognised his talent (he was awarded the Isabella Blow Award for Fashion Creator at the 2014 British Fashion Awards, one of many plaudits), the British monarchy has also acknowledged his contribution to fashion, making him OBE – Officer of the Most Excellent Order of the British Empire – last October. “Today is one of the most special days of my life. It is wonderful to be honoured by my country while surrounded by my family and closest friends,” said Enninful, who brought close friend Naomi Campbell as his companion to the event. 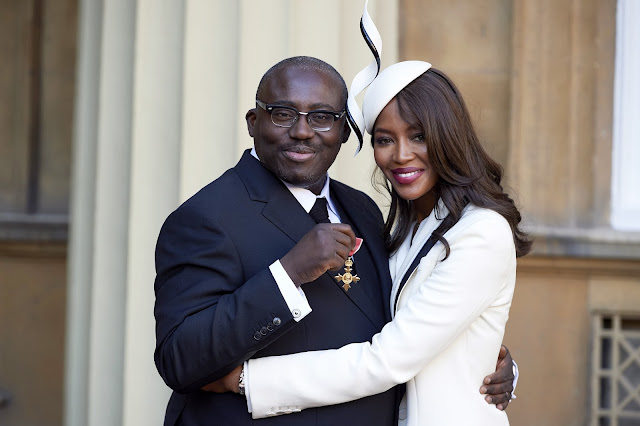