Home Events Change of venue for launch of Black Ladder to launch on May... 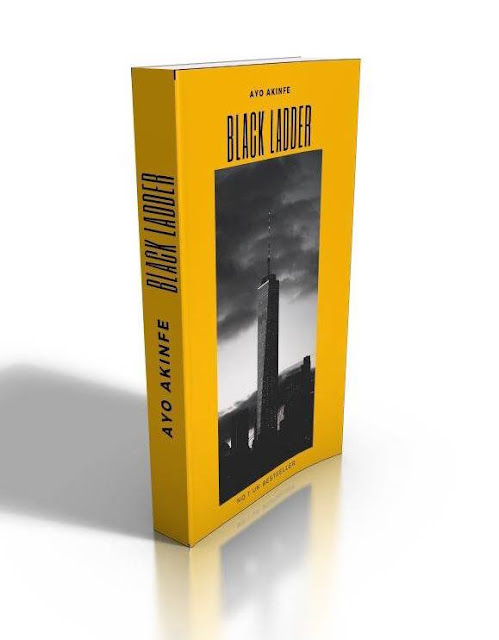 Due to the increased popularity and security concerns at the ‘House of Commons,‘ the book launch of Black Ladder on May 2 has been moved to the Africa Centre in south London.

However, due to popular demand with large numbers of the Nigerian community wanting to attend, the venue has been changed to the Africa Centre in Southwark. Also, concerns at the House of Commons due to a recent terrorist attack have led to increased security, which will affect the programme on the day.

Furthermore, the House of Commons does not allow commercial activities on its premises, so selling books at a launch would be prohibited. Due to the combination of the factors, the launch has been moved to the Africa Centre.

Another classic from the same stable as Mr Akinfe’s first book Fuelling the Delta Fires, Black Ladder is a book about a Nigerian immigrant who arrives in the UK and has to deal with the challenges of the new society. Its central character Suji Mustapha, grew up against humble beginnings in south-western Nigeria and through sheer hard work, managed to get a university degree in insurance.

He started working for Swinton Insurance, a British broker that opened a Nigeria office, where his boss Lorraine Alexandria took a fancy to him. After a whirlwind affair, Lorraine and Suji got married and moved to Britain together at the end of her contract but their marriage could not stand the rigours of the UK and very shortly after arriving in London, they split up, leaving Suji penniless and homeless.

Despite all the odds stacked against him, however, Suji laboured on, studied, worked hard and became the first African-born director of a merchant bank in the City of London. Battling against formidable obstacles all the way, like a laser-guided missile, Suji remained focused on his objective and stayed the course until he reached the very summit.

Mr Akinfe said: “Black Ladder is from the same stable as Fuelling the Delta Fires in that it is also faction or the fictionalisation of facts. This is effectively a profile of a typical Nigerian migrant in the UK and Suji’s lifestyle is a mirror image of that of a lot of diasporans who have to work their way up from the very bottom in the UK.

“However, our indomitable spirit always takes over in the end and Nigerians end up overcoming a lot of the hurdles placed in front of them. We are not cut out to be a people doing menial jobs, so whatever the obstacles placed in our way and the racial barriers pit in our paths we will always overcome.”

David Boboye, the managing director of Ingene Publishers, added: “In Small Island, Andrea Levy wrote about how migrants from the Caribbean settled in the UK in the post-war period and Black Ladder seeks to build on that. Today, there are more Nigerians than Jamaicans in the UK, there are more Africans than Caribbean’s and Nigerians are now the largest black minority, so there is the need for a book to reflect this change in demographics.

“What Ayo Akinfe has sought to do here is bring the issue of black migrants up to date by reflecting the modern day realities. He has opted to launch the book on his birthday May 2, so hopefully, it will be a huge success with the hard copy selling for £12 and the online version going for £10.

Already available in electronic format on Amazon, the hard copy of the book will be launched at the House of Commons on May 2. Among those expected to attend the event will be high commission staff, who are expected to launch the book.

At the House of Commons, the launch will involve a roundtable discussion on the future of Britain’s African community in the post-Brexit era. Speakers will include Susan Fajana-Thomas, the former speaker of the London Borough of Hackney; Alistair Soyode, the chairman of Ben Television; Matthew Pennycook, the MP for Greenwich and Woolwich; Jenny Okafor, the president of the Nigerian Women in Diaspora Forum; Bimbo Afolayan the chairman of Nigerian Direct Diaspora Investment Summit and David Smith, the chairman of the British African Business Alliance.