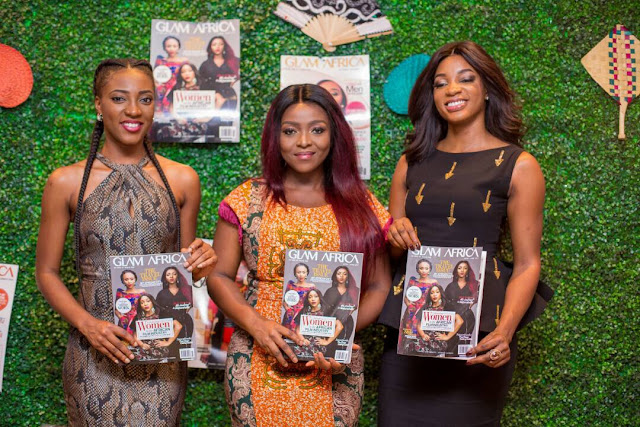 The Untamed Empire Concept Store at North Ridge in Accra, saw yet an overwhelming set up of uniquely themed backdrop made of hand fans from all parts of the world sitting against a Green grass backdrop; This was to officially host press men and guests to unveil the new edition of Glam Africa Magazine.

The Glam Africa Social Media Soirée, came off on Friday 28th of April 2017. The event, which was advertised as an exhibition and unveiling of the Glam Africa’s April-June edition, features on its cover, renowned Ghanaian actress Yvonne Okoro, Nigerian actress Rita Dominic and South African actress Boity Thulo.

The event was graced by many elite news writers, media personalities, bloggers, media interns and celebrities, and was an avenue for socialising and great Networking.

Guests were treated to an overflow of a variety of cocktails, palm wine, champagne and interesting Ghanaian Delicacies to celebrate with Glam Africa Magazine and the entire Team.

Speaking at the event, Glam Africa’s Ghana rep, unveiled the magazine’s new platform, that allows consumers to buy both print and digital copies of Glam Africa Magazine at their convenience. “We are giving back to the people, because the people make us”, Emmanuel Oscar Ugoh said as he announced that users can get a unique Glam Africa link which when shared with their phone contacts, friends, social media or blog followers, they instantly make 20% of their purchases and this is credited automatically into their bank account.

The event was climaxed with a specially arranged Autograph session by Actress and Glam Cover Girl, Yvonne Okoro. The official Magazine signing session was welcomed by all as Ms Okoro personally handed over Autographed Magazines to all invited guests coupled with interesting Photograph sessions.

Glam Africa Magazine, expressed its commitment to showcasing Africa in great light and increasing its focus on Ghana, as its subsequent edition will feature many more Ghanaian celebrities and personalities. 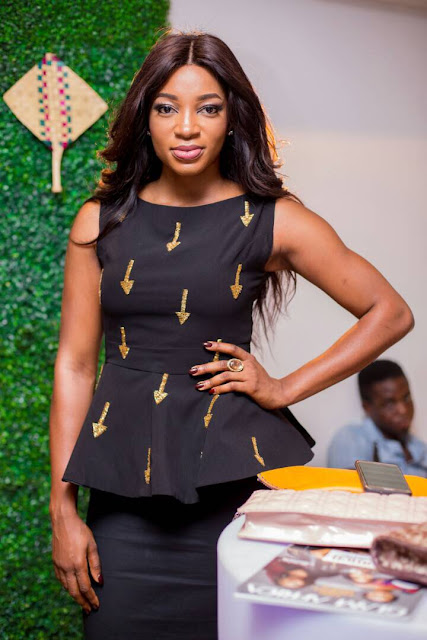 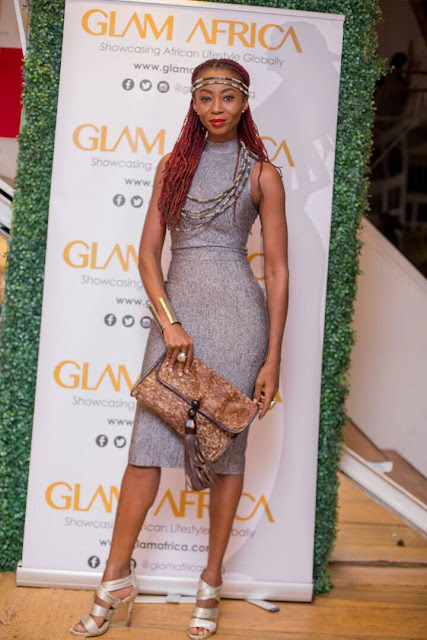 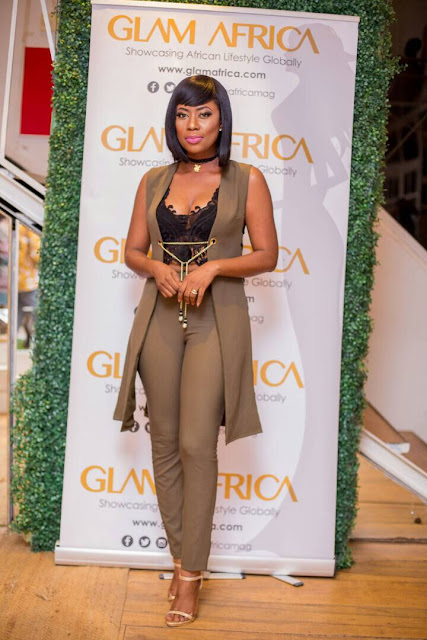 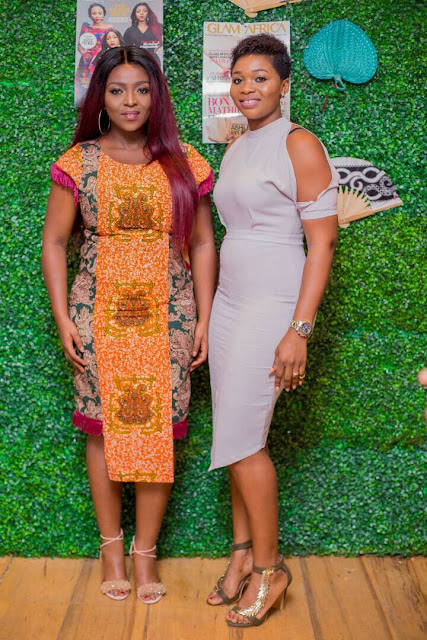 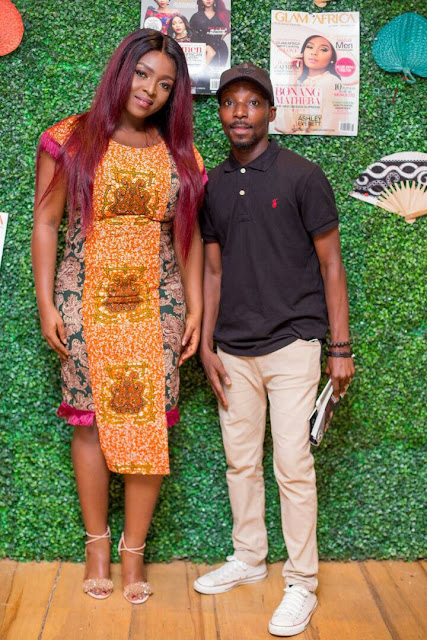 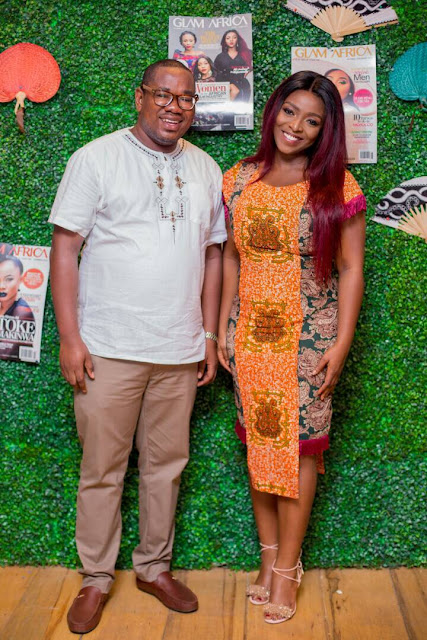 Irene Palgrave, coordinator of the event, thanked the Ghanaian media for coming out in their numbers to celebrate arts and culture, and for also impacting society with their expertise.