HomeHot Goss“God made me pass through all these challenges to make me a...
Hot GossMusic 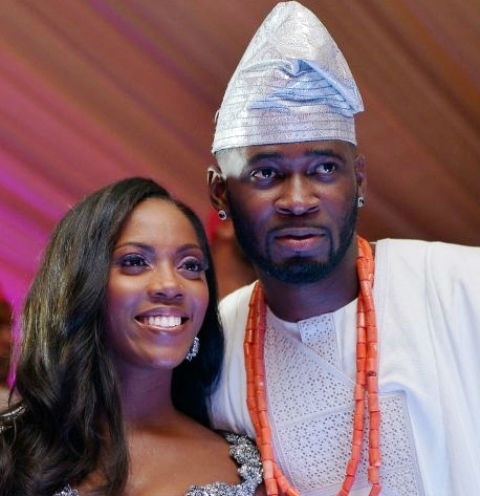 Singer Tiwa Savage’s husband and Artists-manager Tunji Balogun, aka Tee Billz attempted to jump into the lagoon under the Lekki-Ikoyi bridge in Lagos last year but was rounded by passersby and friends who got wind of his intention. Speaking to PUNCH’ newspaper recently, Tee Billz said everything that happened was for a reason. “God made me pass through all these challenges to make me a better person.” he added.

During the attempted suicide, He had insinuated that the reason for the move was as a result of a fallout between him and his wife. After being stopped the suicide attempt, he went through rehabilitation for more than six months, returned to social media late 2016 as an advocate for mental health.

During his recent interview with THE PUNCH, this is what he had to say.

“The way I handle things now is completely different from how I acted in the past. I do better now because I know better. If I had gone through the experience before now, it probably wouldn’t make sense to me until I go through some challenging situations. But I thank God that I have been able to overcome all those through the guidance of my coach.

I only recently understand what it means to have a purpose in life. I have saved many people from committing suicide even though I don’t come out to say it. I was suicidal myself but God preserved me so I could also save others. I just realised that He kept me to touch the lives of others. People surely have their opinion about me and the entire issue, but God sees my heart and knows how much of a new man I am.

I am like Job in the Bible, God made me pass through all these challenges to make me a better person. I am only human, just like everyone else, so I am not immune to committing mistakes. My experience can be likened to a battle between evil and good. I am happy God redeemed me and pushed me on the side of good.

I am not being religious, I am just grateful to Him for giving me a renewed mindset. This is one of the biggest things coaching has done to me,” he said.

On whether his friends supported him during his ordeal, he said: “God is the only friend I have.”

When asked if him and his wife have settled their differences, he responded: “God is the only friend I have. He knows and has the best for me in His vineyard.”

Tee Billz thanked his coach Lanre Olusola for his support, adding that he is currently helping his colleagues in the industry who are going through similar challenges.

“I am already helping a couple of colleagues in the industry that require the type of coaching I have been through. I am open to working with others needing some sort of motivation and inspiration. Celebrities are humans too, our lives are out there for people to see but that does not mean we cannot make mistakes. The most important thing, however, is for one to surmount the challenge and triumph. I am happy with my life now,” he said.