Home Current Affairs “Why I am focusing on educating the next generation” – Funke Akindele-Bello... 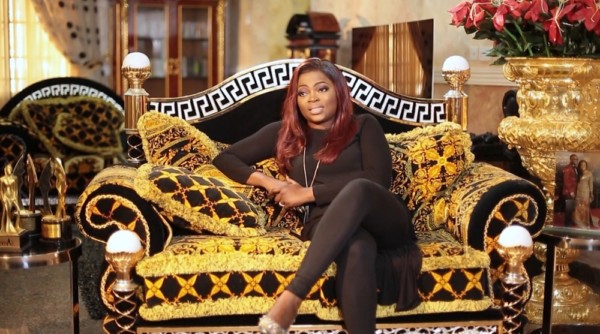 This week on CNN’s ‘African Voices’, Nigerian actress Funke Akindele-Bello talks through her career and why she’s focusing on the next generation of actors. One of Nollywood’s biggest stars, Funke has appeared in countless films and some of the biggest sitcoms in Nigeria. Despite starting acting as a young adult, ‘African Voices’ hears how she started out on a very different career path.

When Funke was a child, her parents had differing opinions when it came to her acting dreams, as she tells CNN:

‘African Voices’ hears how she compromised and agreed to study for a degree, eventually graduating in law. Following this, Funke began auditioning for roles and had her big break when she was cast in one of the biggest sitcoms in Lagos, called ‘I Need To Know’.

“When I started ‘I Need To Know’, I never thought I would be this celebrated. I was 20 years old then. When I shot the pilot I just wanted to do it, I wanted to showcase my God-given talent… I remember the director telling me I was overacting because I was excited about it.”

Funke is best known for her portrayal of Jenifa, and she explains why the character has continued to appeal to audiences:

CNN hears that Funke’s success as Jenifa led her to establish her own production company, Scene One Productions, as well as bringing many accolades, with her series receiving four awards since 2015. Reflecting on this success Funke tells the programme:

“All I can say is I’m grateful, it’s not easy for you to work hard and people appreciate you.”

“We reach out to young people, we empower them. We help them acquire skills, we help them discover their special gift, their talent in acting and music and dance.”

When asked what her advice would be for upcoming actors and performers in Nigeria, Akindele tells the programme:

“Stay focused. When you know what you want for yourself, when you are focused, you will get there.”