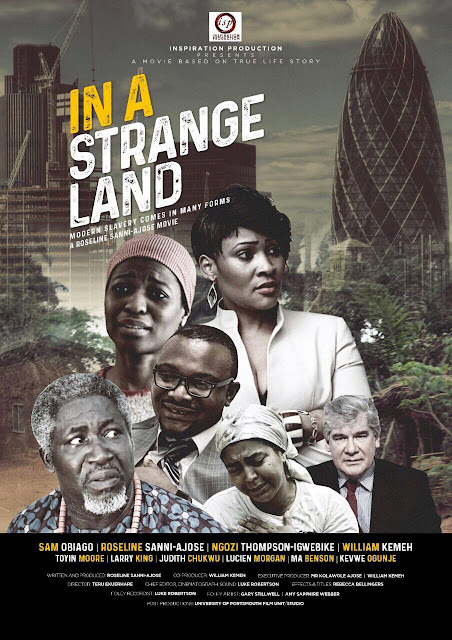 The London premiere of ‘In a Strange Land’, it taking place this Friday, June 9th and we are excited to be giving away some few tickets. Win a couple of VIP tickets which will allow you to meet the actors and producers and also socialise with Nollywood filmmakers in the UK. Find out how below.

Inspiration Production is set to premiere another educative movie. ‘In a Strange Land’ is a film that looks into modern day slavery. Produced by London base Nollywood actress; Roseline Sanni-Ajose, directed by Teru Ekuerahare and co-produced by William Kemeh.

Modern-day slavery is an appalling crime that has no place in today’s society. However, this is often out of sight in many homes, behind the curtain of the ordinary street.

That is not all!

5 Other commenters will also win a regular ticket each too.

Just List some of the starts in the comment section below to automatically enter for a win.

This picture below is a clue of some of the popular actors. Good luck! 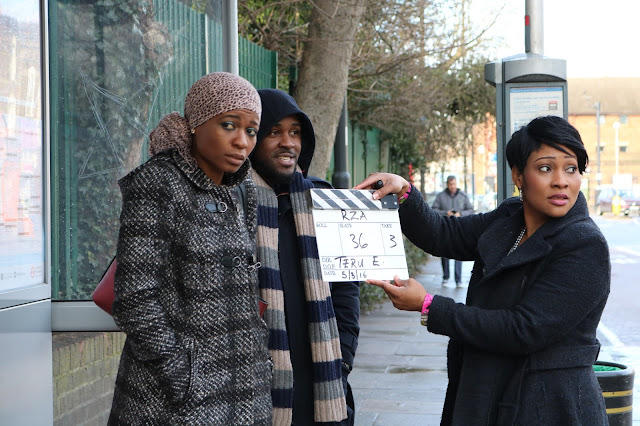 African Dazzle is a proud media sponsor of ‘In a Strange Land’ movie.

TolaniBaj is +1! She shoots new video; Life after Big Brother...

‘The Best Investment is Lifting Youths Out of Poverty, Not Buying...