The corpse of Late Prophet T.B Joshua has been laid to rest in his church compound in Lagos state on Friday, June 9th, 2021.

In honour of Prophet TB Joshua’s life and legacy, a week-long burial service began on Monday 5th of July. It will end on Sunday 11th with praises at his Lagos church after his final laid to rest on Friday the 9th of July at his Synagogue, Church of All Nations (SCOAN) in the Ikotun area of Lagos.

Thousands of mourners attended the 7 days’ burial services. Prophet TB Joshua was well-loved by his followers and revered by people from around the world. His rise to prominence in the late 1990s coincided with the explosion of “miracle” programmes performed on Nigerian TV by various pastors. His ministry professed to heal all manner of illnesses, including HIV/Aids, and attracted people worldwide. Known as the “Prophet” by his followers, he ran the Christian television station Emmanuel TV and often toured Africa, the US, the UK and South America. TB Joshua was known as a living miracle because he came from a poor background and was brought up by his Muslim uncle following the death of his Christian father. This could also explain why he looked after thousands of widows who came to him for help.

As his church members and people who knew him said their final goodbye, other popular Nigerian mega-pastors were noticeably missing from his week of memorials, highlighting the frosty relationship he had with most of them.

The Christian Association of Nigeria (Can) and the Pentecostal Fellowship of Nigeria (PFN) once described him as an “impostor” who belonged to a group of “occults” that had infiltrated Christianity. CAN, however, later issued a statement a few days after his death, saying “the loss was not only to the family and the church but to Nigeria and the world at large”.

Regardless, TB Joshua’s followers found him charismatic and down-to-earth, and this will explain why thousands turn up for his burial. Relatives, members of Scoan, as well as sympathisers wailed as they trooped to the church to receive the body of the millionaire prophet. Accompanying the casket was the televangelist’s wife Evelyn and their three daughters.

President of the Christian Association of Nigeria, Samuel Ayokunle, sent in a representative while the chairman of CAN, Lagos state chapter, Rt. Rev. S.T.V Adegbite was reportedly in attendance.

During his homecoming service, which took place on the 8th of July, the body of TB Joshua was dressed in a white suit and white shoes after processing and was placed at the centre of the church’s auditorium for all to view.

In a procession, the parishioners and visitors from across the globe were led into the church’s auditorium to pay their last respects to the man that many people have described as a philanthropist.

It took concerted efforts of security personnel on the ground to control the crowd that had gathered at the church entrance as many scrambled to catch a glimpse of the prophet.

On Friday the 9th of June, during his Laying-to-rest service, his body was transferred into a new casket, while his wife and children and funeral attendees, all dressed in white, signified purity. 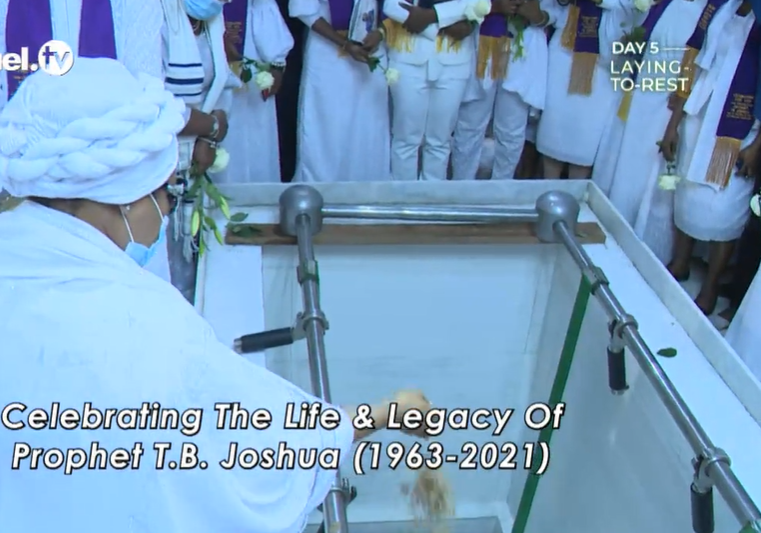 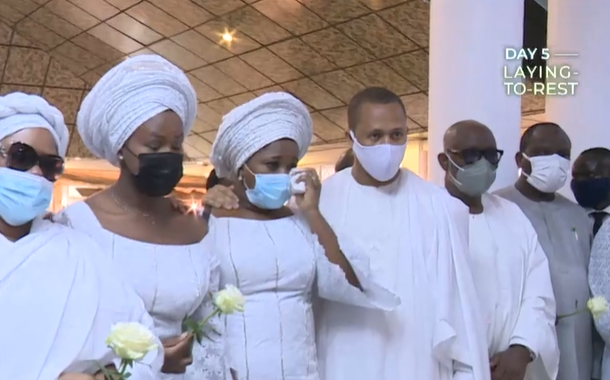 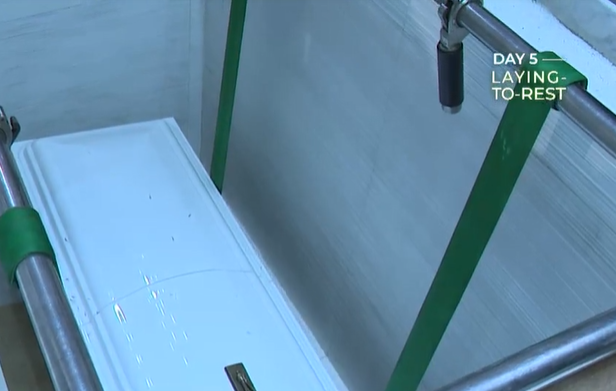 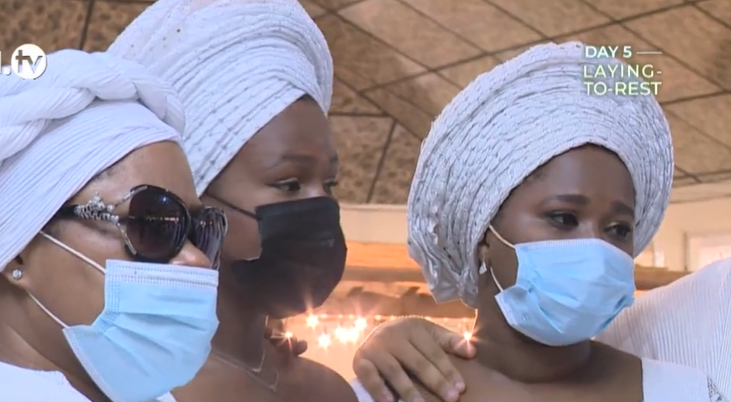 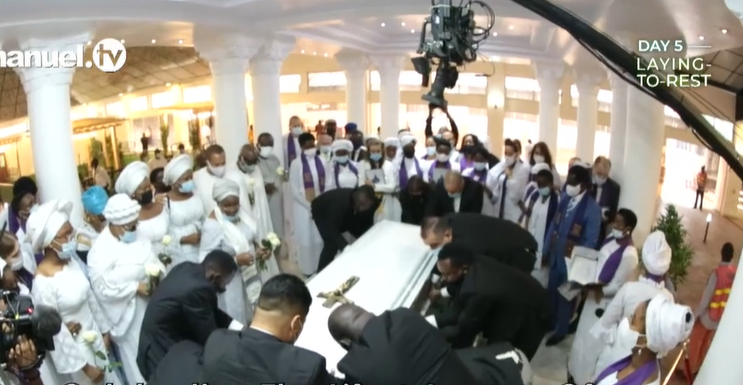 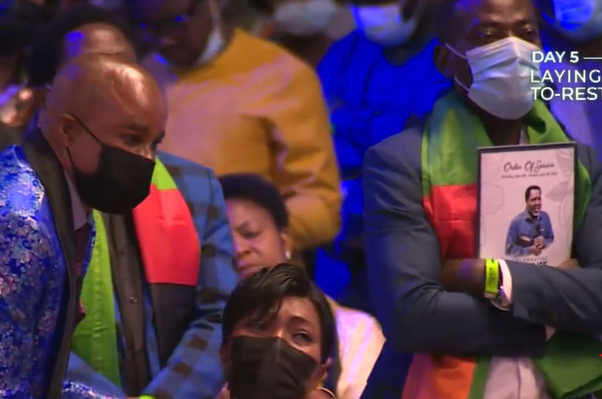 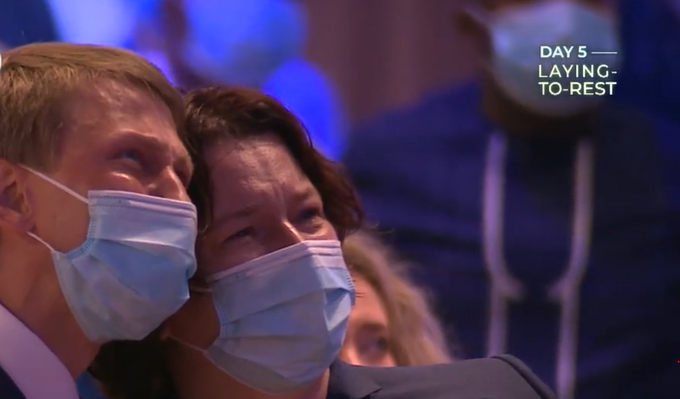 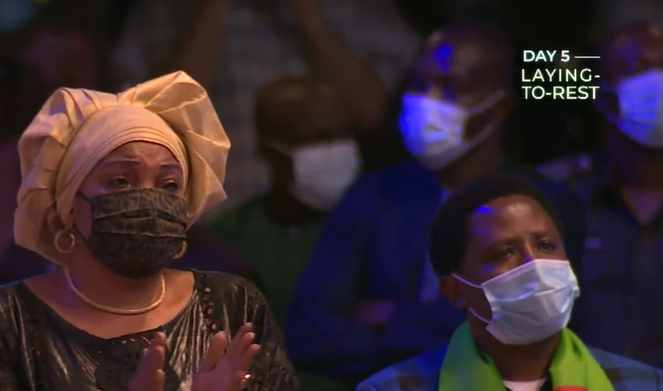 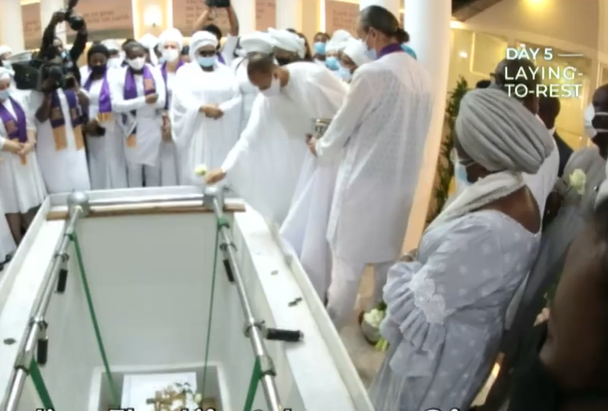