A infant born with three heads has taken the pilgrim’s attention and people are calling the child the incarnation of God.

People in India have reportedly been making pilgrimages to see the child since its birth in Uttar Pradesh was made public on July 12.

The mother named only as Ragini is understood to have been through a “normal” and healthy pregnancy which made the birth of a three-headed child all the more surprising. 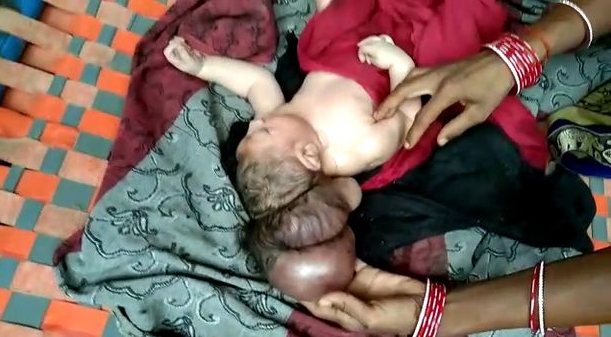 In photos and videos, the child is seen with two extra heads with hair directly fixed to the back of its “normal” head.

Both mother and child are said  to be doing well and have left the hospital for thier home. 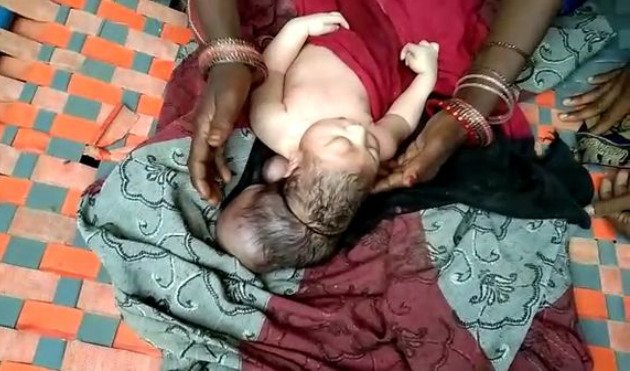 Though, they are said to be uncomfortable after visits from people who are eager to see the newborn baby.