Ubi Franklin shared on his Instagram page this afternoon to slam luxury shopper, London Gbajumo, for allegedly trolling his child. 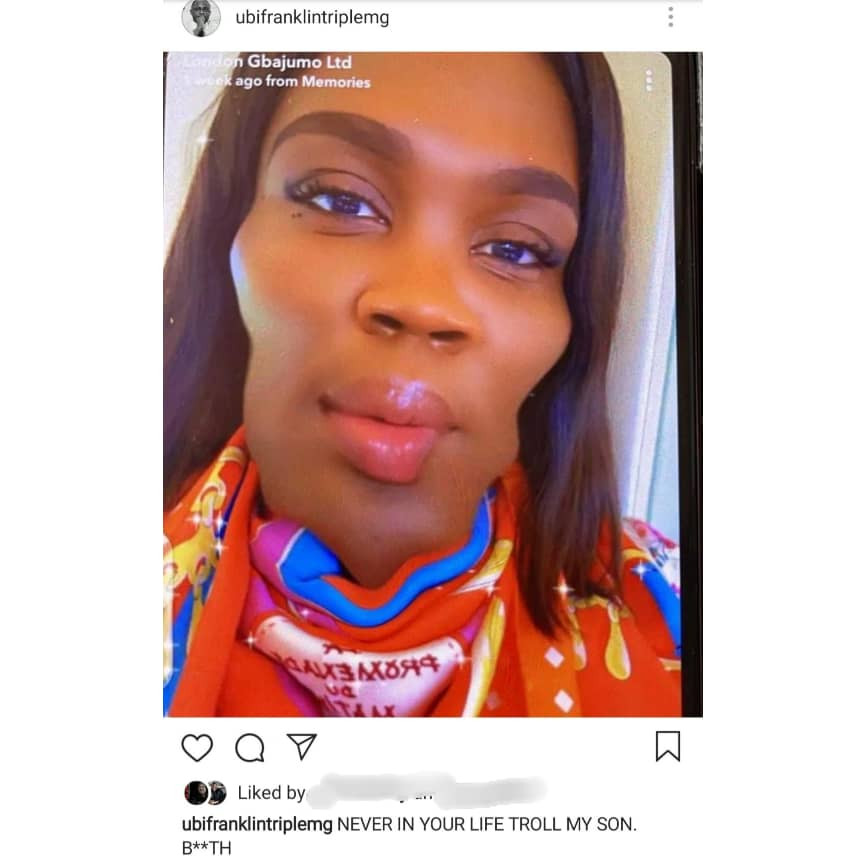 Ubi shared a photo of luxury shopper, London Gbajumo, after she trolled his son, Jayden, over the Louis Vuitton outfit he wore at his 5th birthday party which took place on Sunday, July 18. 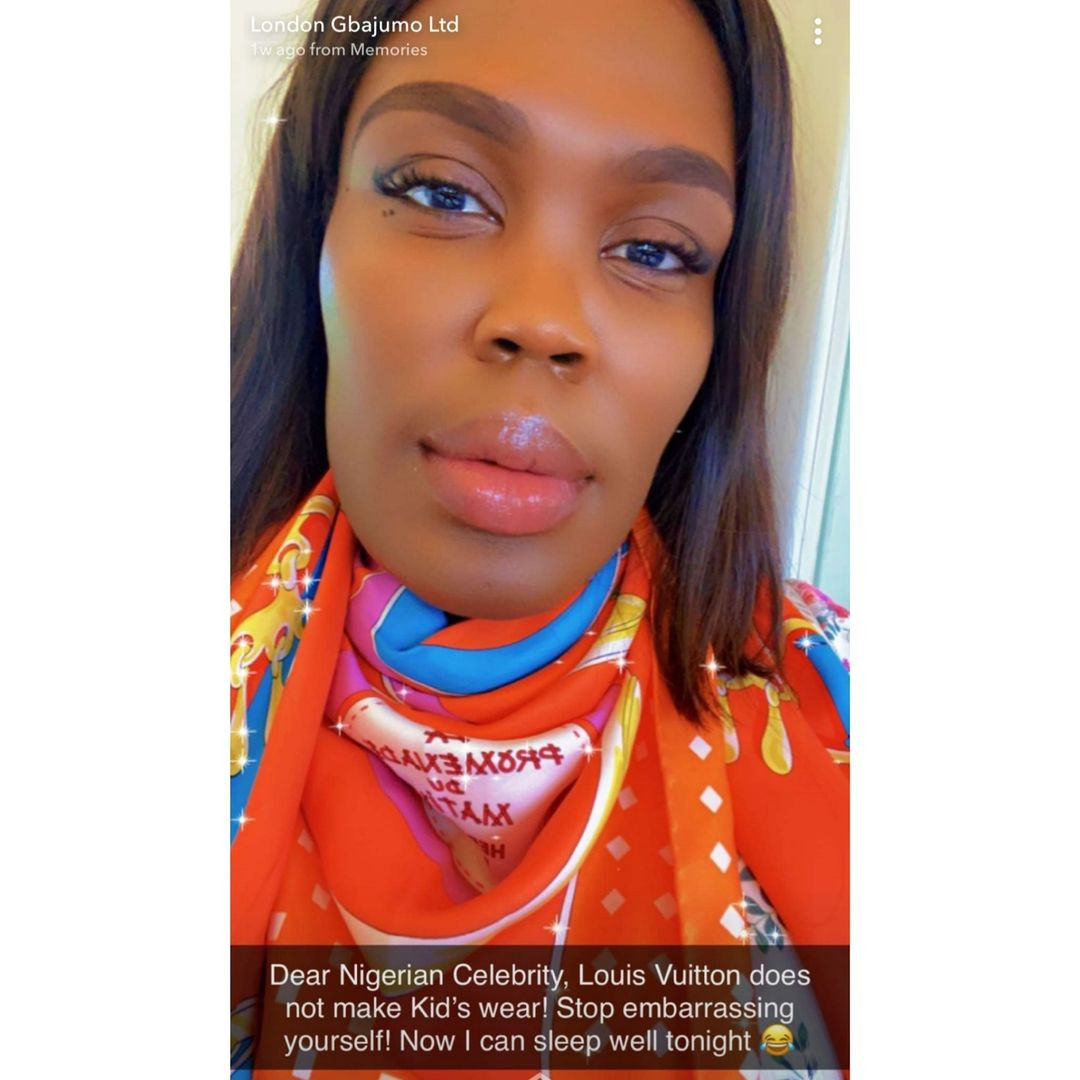 Ubi noticed her statement and took to his IG page to blast her. He accused her of trolling his child and shared that she should never in her life troll him again. 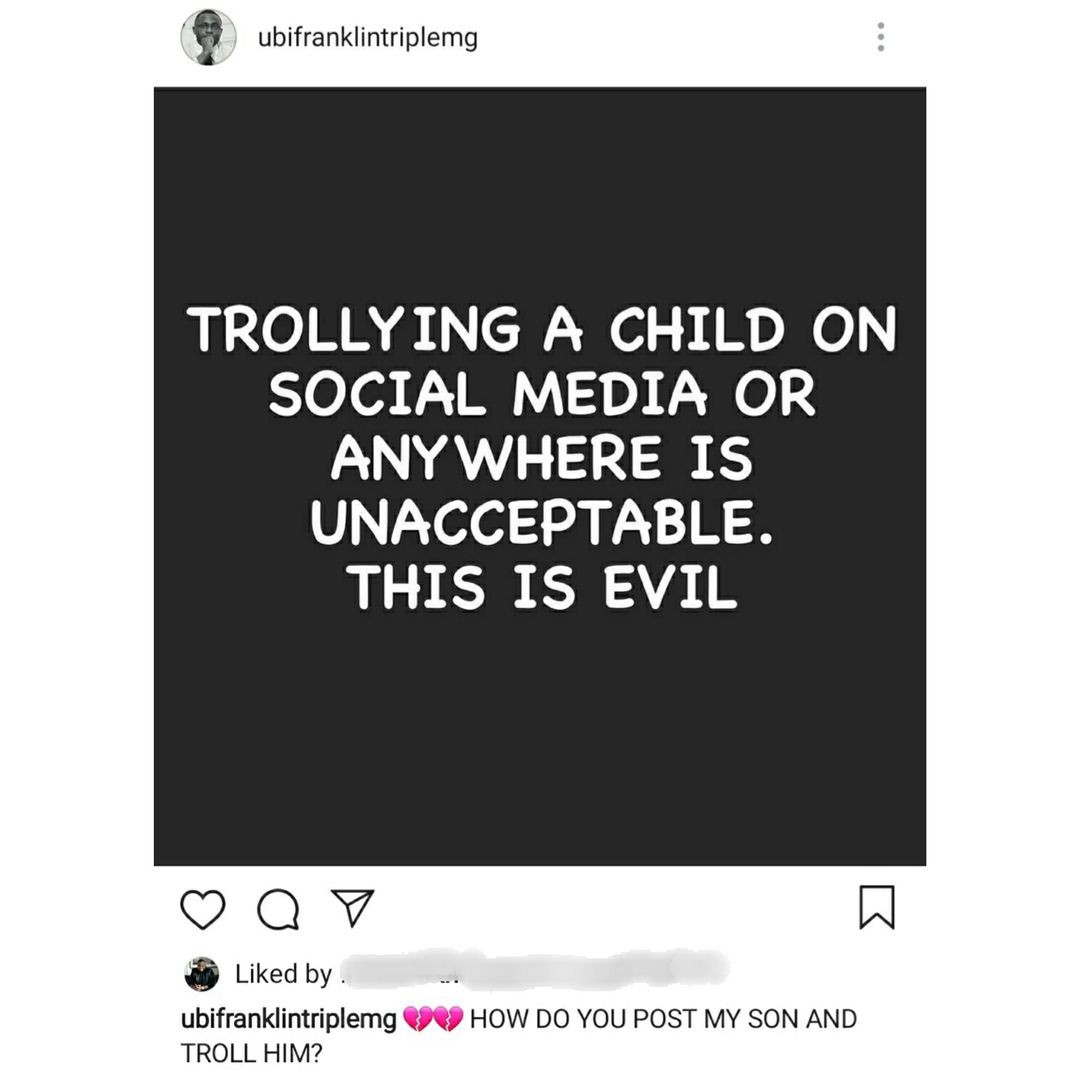 He again,posted a video where he shared that he would get her arrested whenever she arrives Nigeria. Watch the video below