Haiti’s murdered president, Jovenel Moïse has been laid to rest close to three weeks after he was assassinated in a late-night raid.

Pallbearers in military attire carried late Haitian President Jovenel Moise’s body in a closed wooden coffin as his funeral was in progress.

Moïse’s casket was draped with the Haitian flag and decorated with white flowers. 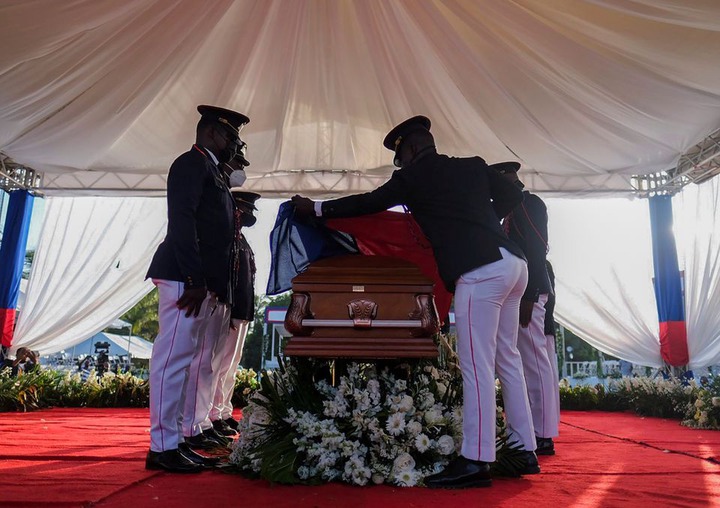 The bearers placed the polished casket on a dais garlanded with flowers in an auditorium. Four stood guard as a Roman Catholic priest blessed the coffin and a Haitian flag was waved.

Among those in attendance were Helen La Lime, special representative of the U.N. secretary-general for Haiti. Linda Thomas-Greenfield, the U.S. ambassador to the United Nations, is leading a delegation from the United States. 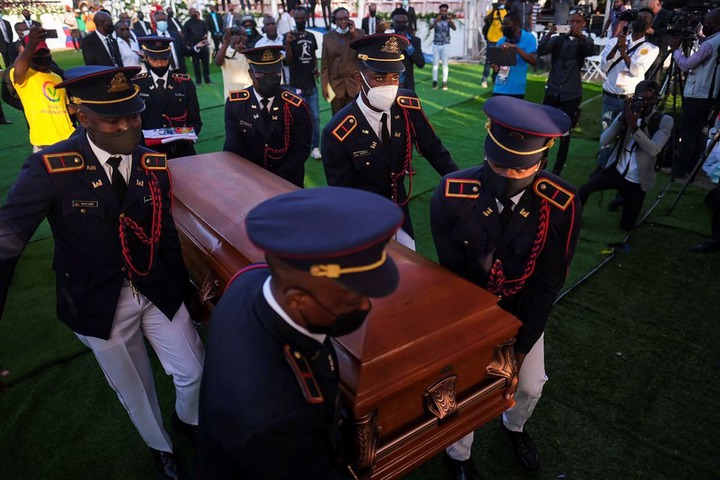 Prior to the funeral, there was tension in Haiti’s north, where Moïse was born as demonstrators put barricades and demanded accountability for the president’s death. The Associated Press reported that one man appeared to have been shot dead Wednesday in Quartier-Morin, a commune outside Cap-Haïtien.

In the early hours of July 7, gunmen stormed into his home and shot him dead. Moïse’s widow, Martine Moïse, also sustained injuries in the attack that killed her husband.

Police have arrested more than 20 people, including two Haitian Americans and several former Colombian soldiers, but the exact motive for the killing is not clear yet. 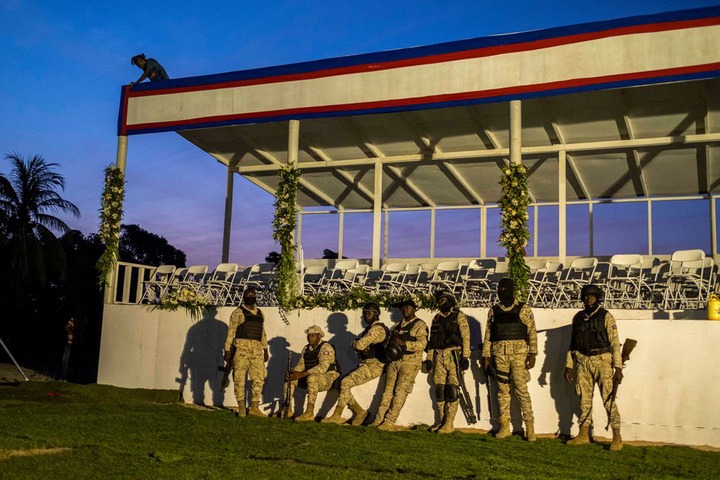 The murder also led to confusion about who would lead Haiti in the event of a president’s death, with three politicians claiming they were the rightful leader. On Tuesday, Ariel Henry was sworn in as the country’s new prime minister after interim prime minister Claude Joseph agreed to step aside.