Home Birthday “She Prayed To God To Take Her But God Refused” Bovi Celebrate... Bovi the comedian is celebrating his maternal grandmother as she clocks 81 today, July 27,2021.

He posted pictures of his grandma, Joanna Ugboma, including one he snapped with her.

In the title, he shared about the tragedies she has suffered. He explained that she lost three out of her 9 kids and prayed to God to take her life, but God spared her.

This is Joanna. She’s 81 years old today. She had 9 children; one daughter, who was her first seed, and eight sons to follow! She tragically lost three of her children; cut short in their prime. The first happened on July 4, 2006. It was the assassins gun. In Jos! He was a lawyer. Then She lost her last born child on august 23rd, 2008 in an accident. He was a lawyer too. Then she lost her first born child and only daughter on January 25th, 2016. She had a heart attack. Her daughter was my mother, Dr. Meg Ugboma!

Joanna withdrew completely from public life. She prayed to God to take her. But God refused. He refused because she still has 6 powerful sons, several grand children and a good number of great grand children.

With her smile and jokes, she still lights up our world! She speaks and understands four nigerian languages.

Her name is Joanna. She is my grandmother. My hero! I’m her first grandchild. And she’s the strongest woman I know.

footnote: I missed her 80th birthday last year because I had COVID. The first picture was taken day before yesterday (Sunday) . She’s still strong and charming! 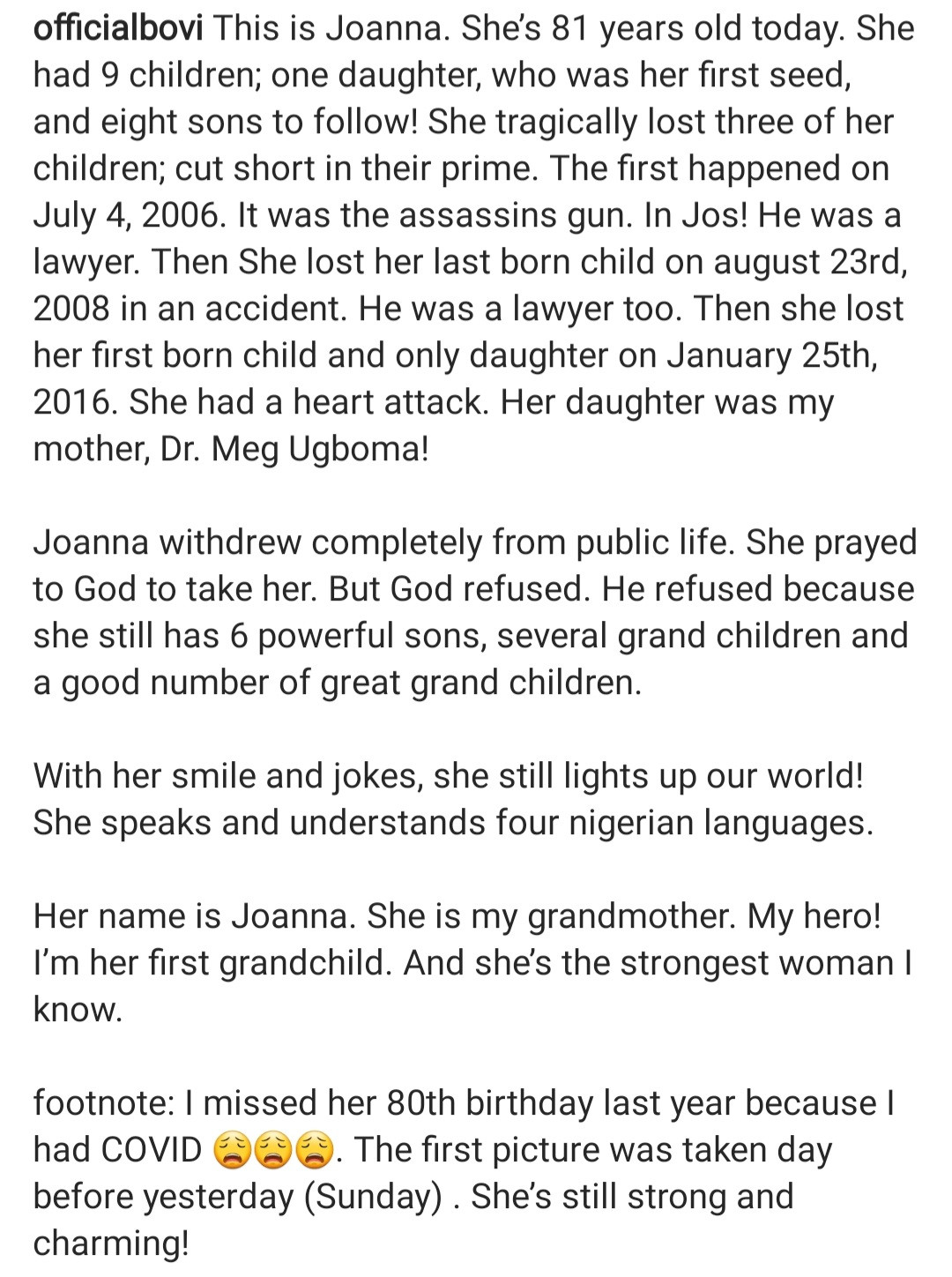 Want to puchase birthday gifts with giaint retail stores like Amazon and others or search the web,discover deals,play videos and games,buy online,answer surveys and earn free giftcards or cash equivalent.Go ahead with Swagbucks.