Israel Afeare, better known as Israel DMW, has expressed why he will continue to “duff cap” Davido, despite being shamed for it because he’s older.

Israel, who is Davido’s personal logistics manager, had shared a photo of him and Davido and said: “My own Oga. Who’s yours?” 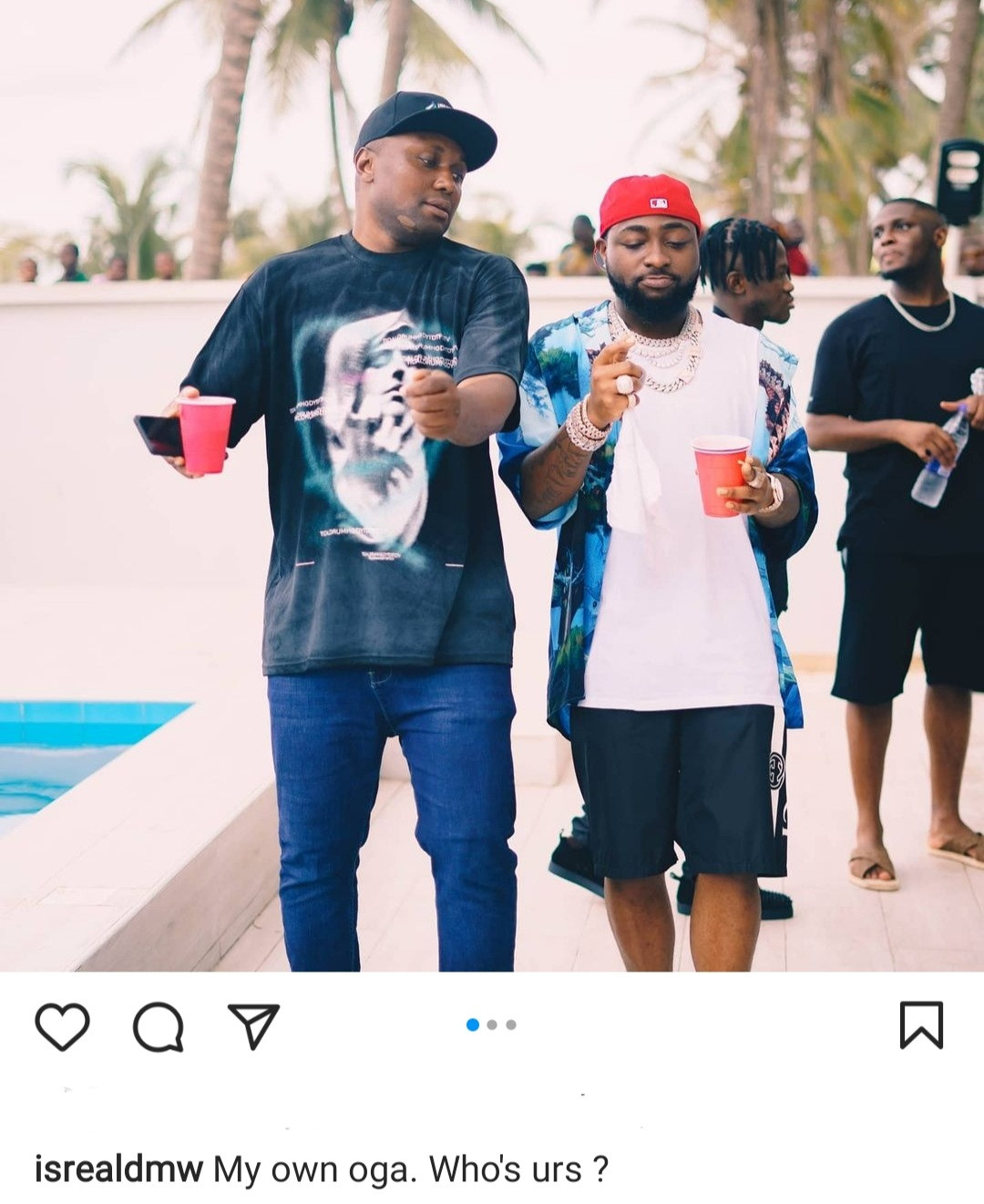 After being shamed for being subservient to Davido, his boss who is younger than him, Israel shared on IG to address critics.

He told them that they can go ahead to insult their bosses at work because they are older than them but he will continue to “duff cap” Davido because he knows where he’s coming from. 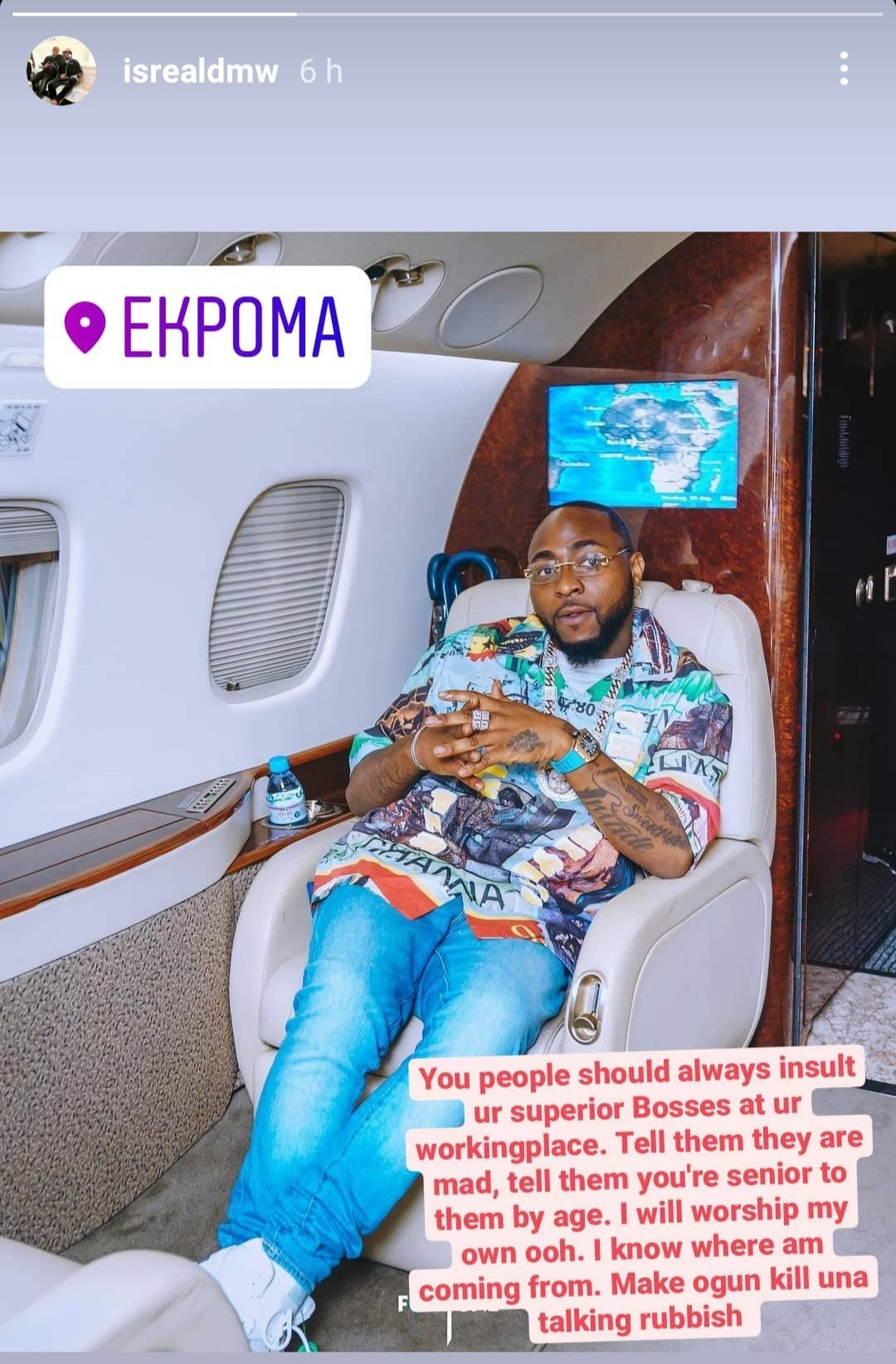