Home News Nigeria Estimated To Have Lost Over N132.8bn In Two Months Of Twitter... Nigeria is estimated to have lost N132.8bn ( approximately $366,88m) since Twitter was banned in Nigeria by the Federal Government.

Totalling the weight of the impact of the ban on the economy shows on NetBlocks Cost of Shutdown Tool that Nigeria has lost $366,877,817 in more than 2 months. 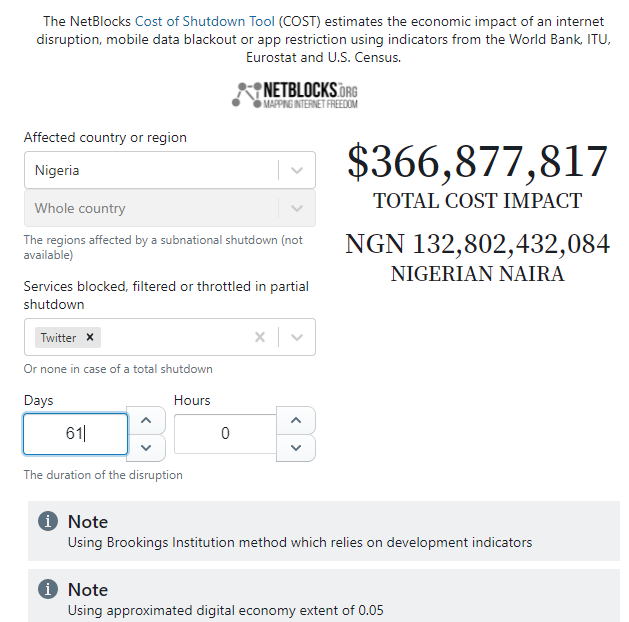 According to the tool, Nigeria loses $250,600 for every hour Twitter is banned. 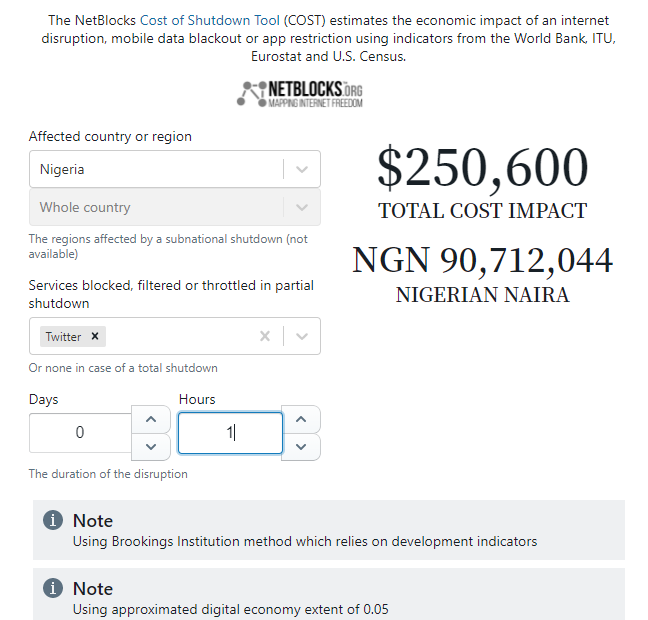 The NetBlocks Cost of Shutdown Tool estimates the economic impact of an internet disruption, mobile data blackout or app restriction in a nation using indicators from the World Bank, International Telecommunication Union, Eurostat and U.S. Census.