Simi Esiri has announced the passing of her father.

The magazine publisher took to Instagram to announce that her dad, a successful businessman, died two weeks ago.

She shared photos of her father, including one of him walking her down the aisle during her wedding to singer, Dr Sid, in 2014. In the caption,  she paid tribute to him and expressed how his death has affected her. 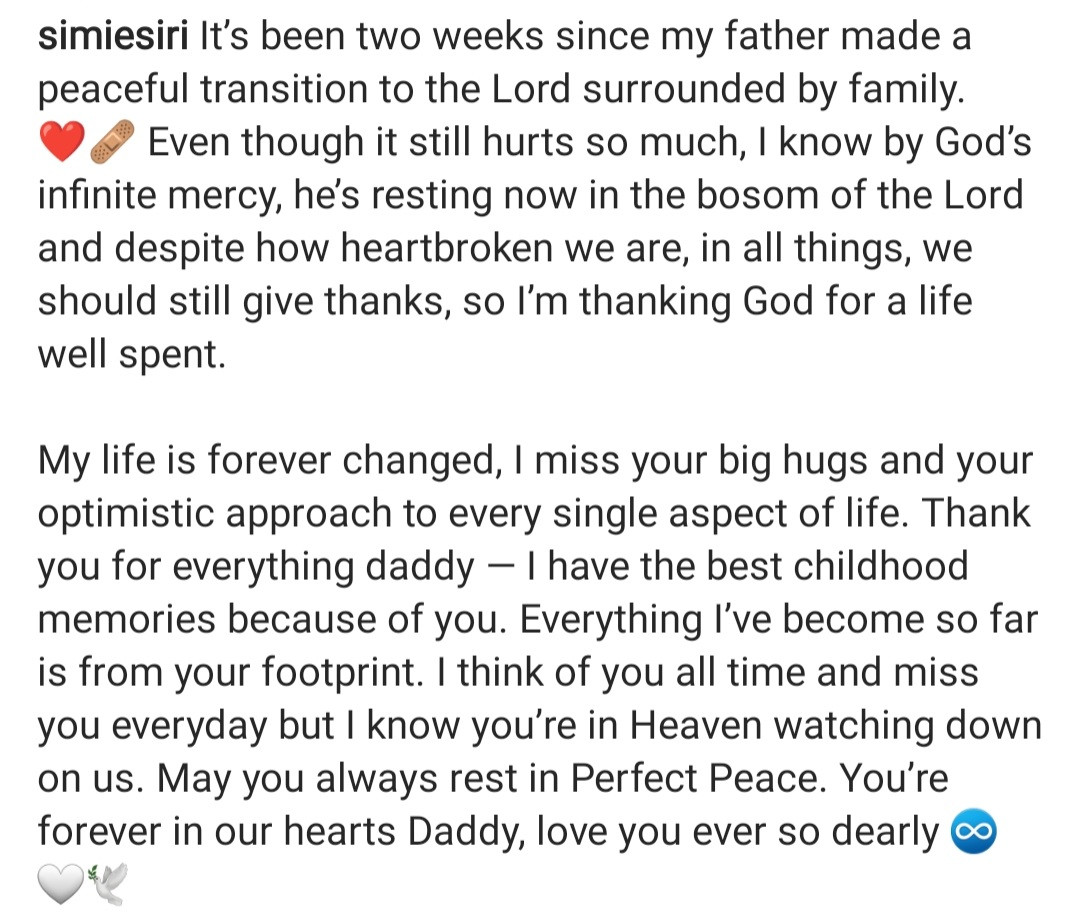 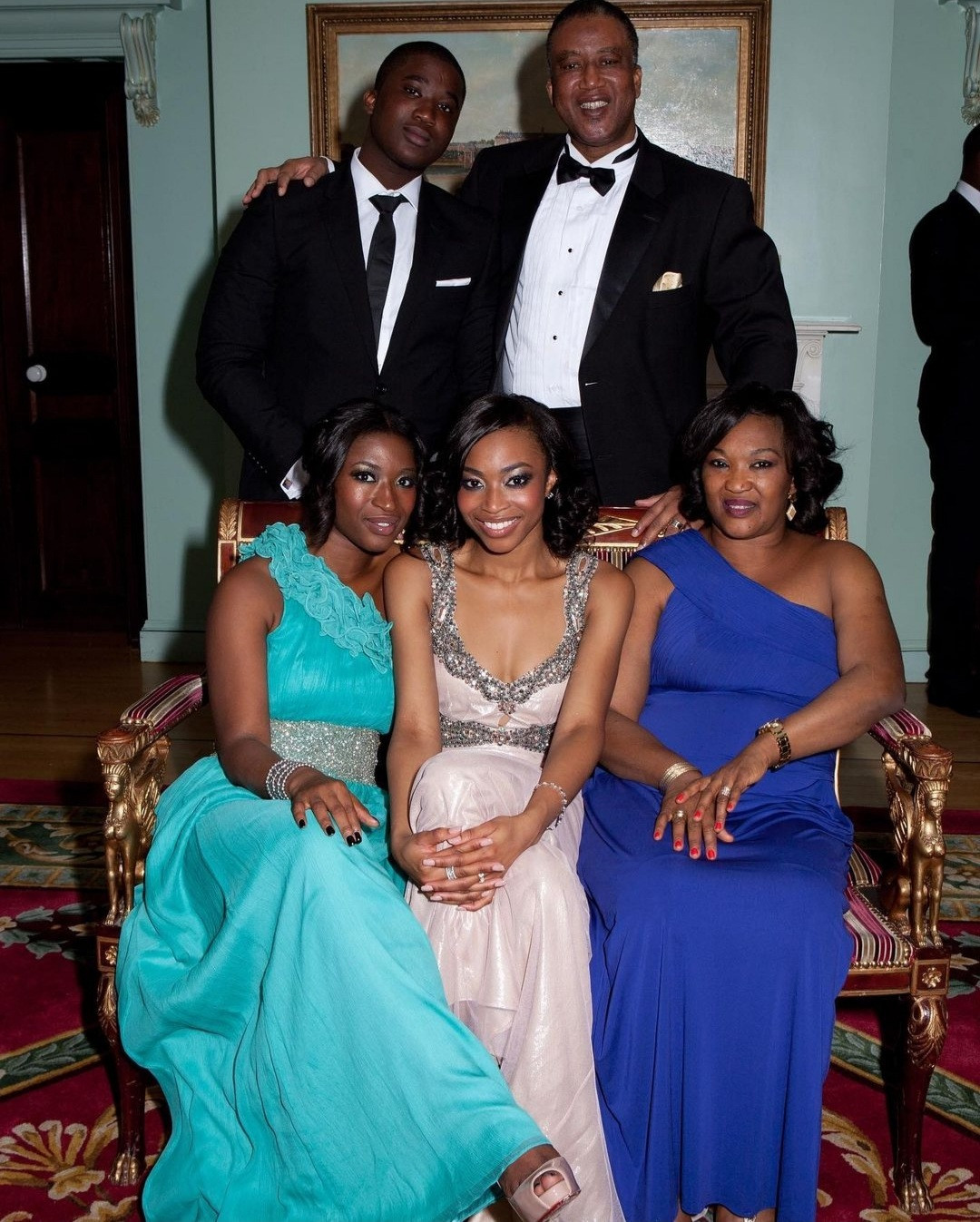