Home News ‘I Can Smell Victory’ – Ronaldinho Insists,PSG Can Win The Champions League... The Argentina international was officially announced as a PSG player on Tuesday, August 10, after joining from Barcelona following a 21-year stay at the Spanish club. 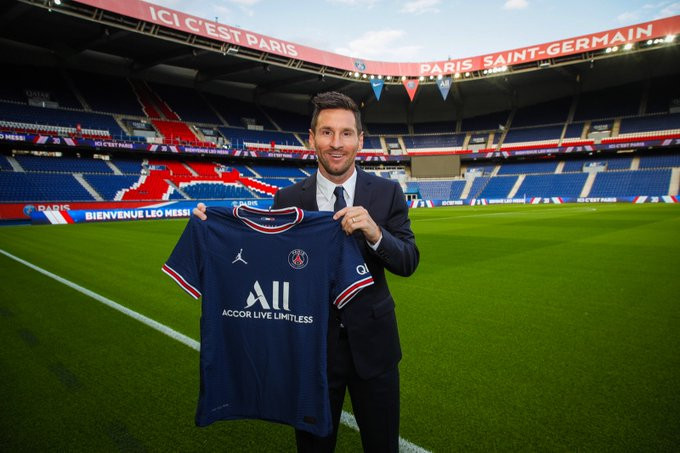 Messi’s former Barca team-mate Ronaldinho – who also played for PSG – has backed the French side to lift the Champions League, a prize they have long wanted to secure.

‘It’s a great joy to have played in these two clubs and now see my friend wearing this shirt, may there be many moments of joy Leo!!!’ he wrote on Twitter.

‘I’m also very happy with my partner @SergioRamos on the team and a super cast, I’m smelling Champions huh hahaha’. 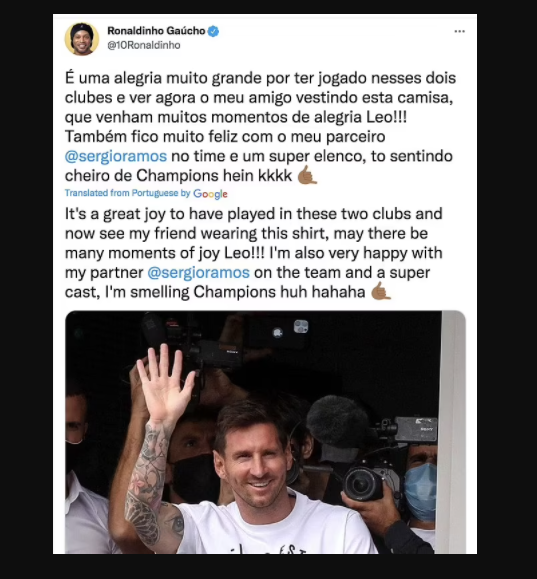