Fans are convinced Kylie Jenner is pregnant again and hiding it after spotting “clues” left by her friends and family on her 24th birthday.

Kylie turned 24 on Tuesday, August 10, but weeks prior, there were already speculations that she might be pregnant again. Followers have been under the impression that her Instagram pictures and videos over the past several weeks were taken earlier this year and not on the day they were posted.

Then on her birthday, fans became even more suspicious when Kylie’s sisters and friends posted old photos of Kylie while celebrating her. Followers also noticed that her sisters made several mentions of “baby” while paying tribute for her 24th birthday.

Khloe Kardashian referred to Kylie as her “baby girl” and shared a throwback photo of her pregnant with daughter Stormi.

Kendall described Kylie as her “baby sister” in her Instagram Stories tribute. 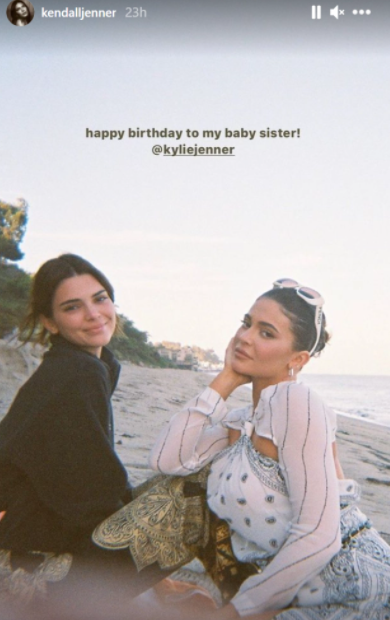 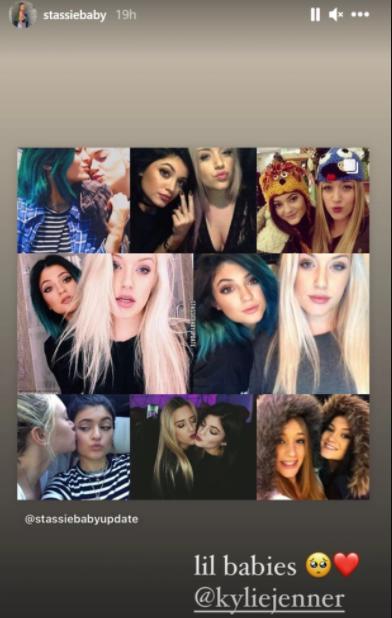 One Twitter user commented on this, writing: “Everyone mentioning ‘baby’ or ‘kid’ in their happy birthday posts… Kylie Jenner’s definitely pregnant.”

Kylie then shared photos of herself in a green two-piece, holding an alcoholic drink to mark her 24th birthday. She also posted videos to her Instagram Stories where she was clad in the same outfit. 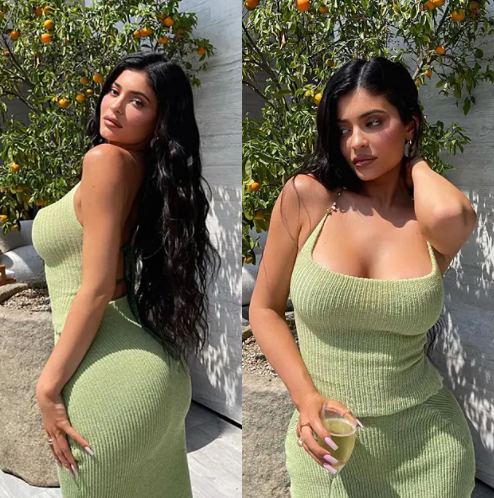 However, fans soon became convinced she was trying to deceive them and that the photos and videos of her in green were taken a while back. 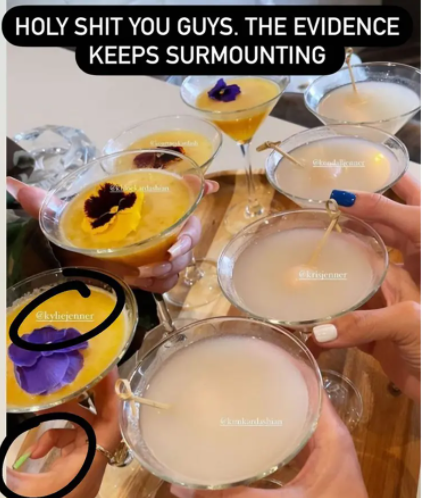 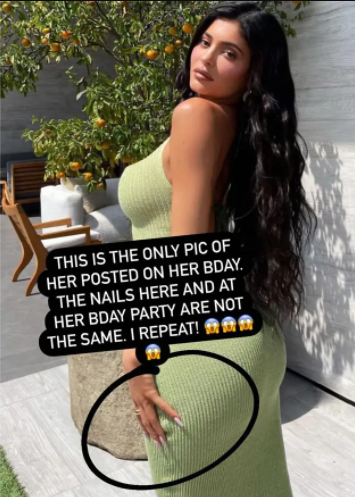 Followers pointed out that her nails in the photo Kylie posted for her birthday are the same nails she wore in April at the KUWTK reunion. They added that she never wears her nails for long so the photos can’t be recent. 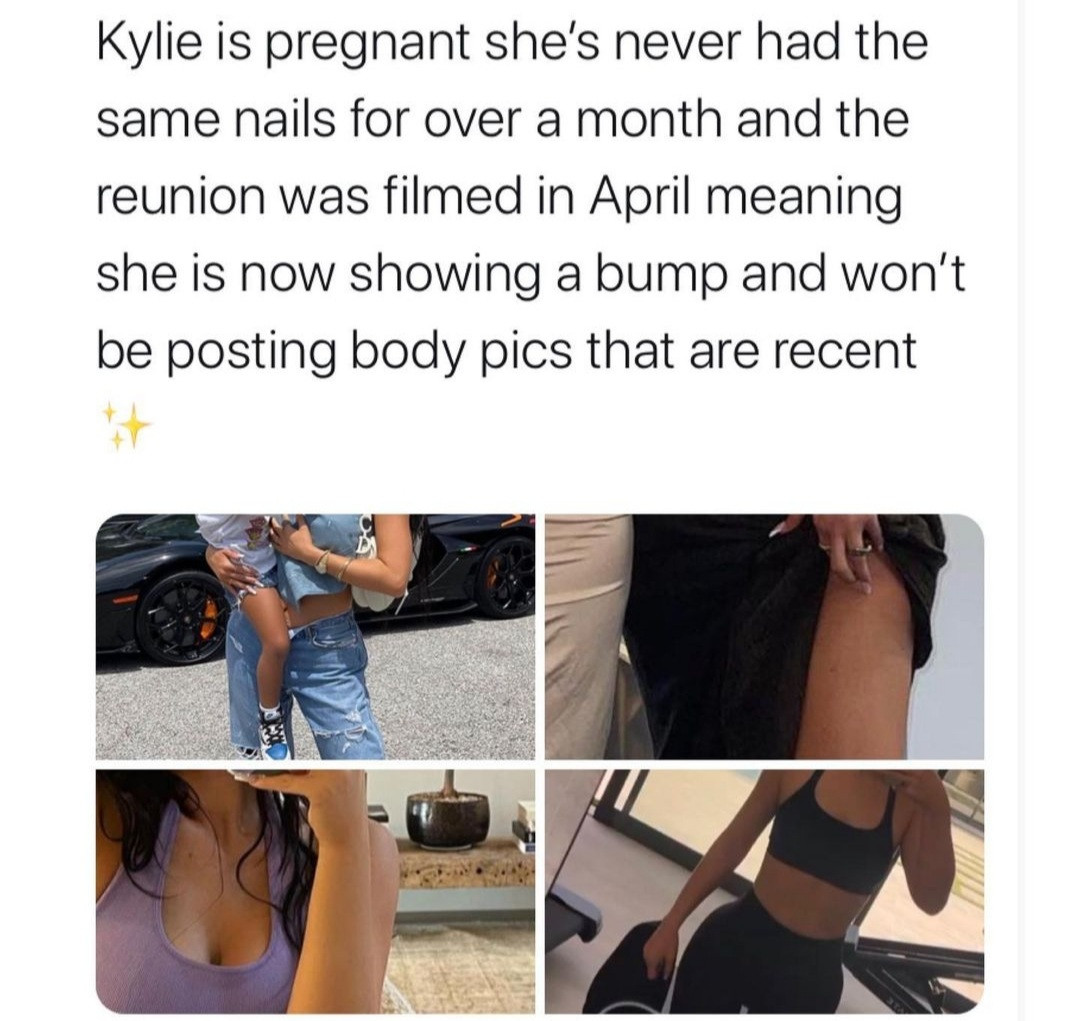 Also, at the birthday party, Kylie’s family and friends didn’t share full videos of her, only short clips of either her hands or their food. 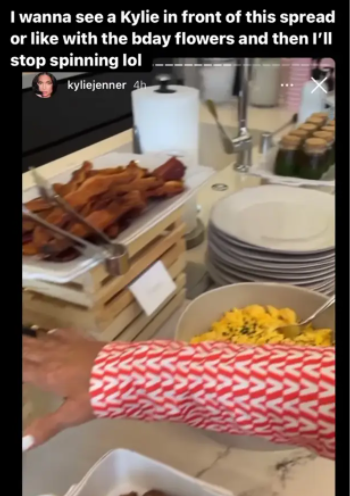 Other fans thought it odd that Kylie’s friends and family didn’t post from her 24th birthday bash. 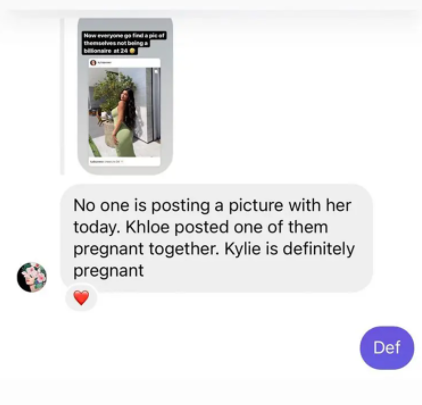 “Kylie Jenner is for sureee pregnant again. There’s no way it’s her birthday and I don’t see one photo with her friends,” one tweeted.

“Kylie is definitely pregnant. Ain’t no way it’s her birthday and she & her friends not posting pics from her party,” another said. 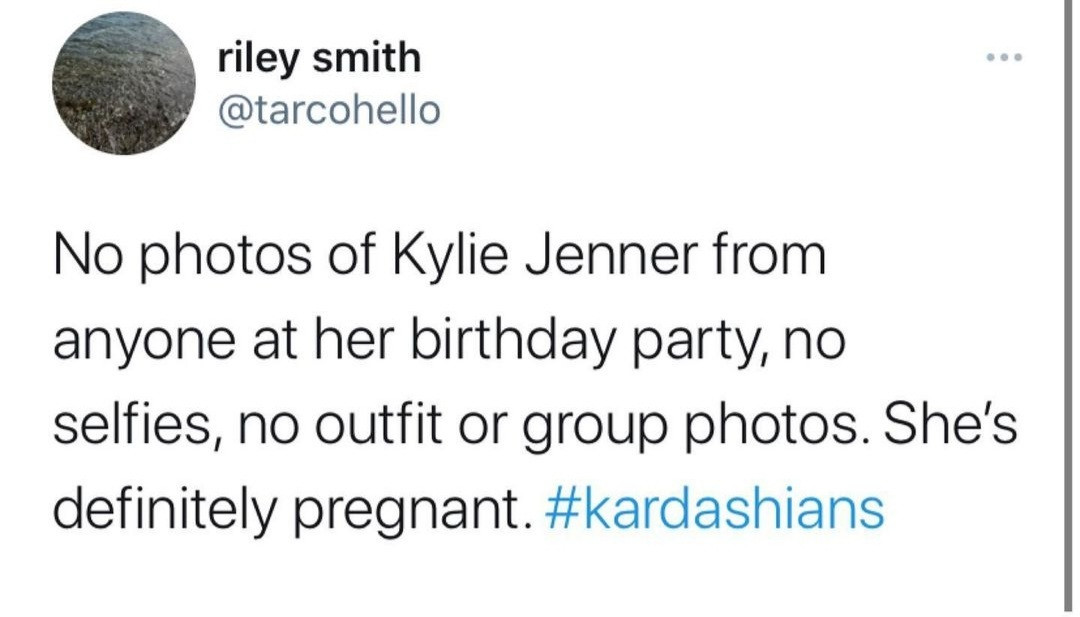 “I’ve updated my ‘conspiracy theory I believe’ to Kylie being pregnant and posting a backlog of pics to make it seem like she’s not,” one fan wrote.

Kylie had a low-key affair on Tuesday, August 10, which included a breakfast buffet and painting class, and the fact she didn’t have a wild party made people even more suspicious. 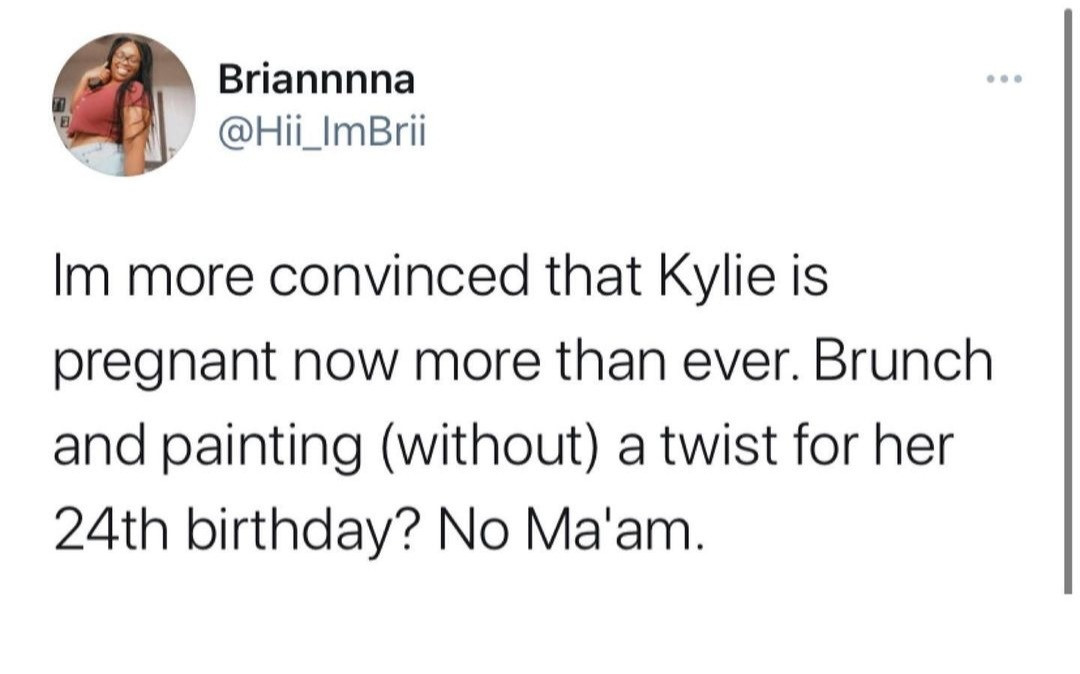 Kylie first sparked pregnancy rumors in late June after she appeared not to take a tequila shot during the KUWTK reunion.