Home News Brentford Celebrate Their Return To Premier League After 74-year Absence With 2-0... Brentford F.C celebrated their return to the English premier league after a 74-year absence with a memorable 2-0 victory over Arsenal as the 2021/2022 EPL season kicked off yesterday, August 13.

Brentford were vibrant and energetic at the Brentford Community Stadium, teaching the Gunners the art of football in a  90 minutes game of football that was heartbreaking for any Arsenal fan.

Brentford deserved the lead they got after 22 minutes when Sergi Canos drove low past keeper Bernd Leno at the near post, even though Arsenal players claimed that the ball had gone out of play in the build-up to the goal..

Emile Smith Rowe, Arsenal youngster and the club’s best player in the game tested Brentford keeper David Raya and was denied a goal.

Raya also denied Nicolas Pepe late on – before the home fans celebrated when they scored a second goal with 17 minutes left through Christian Norgaard his first goal in English football, after trying over 50 times. 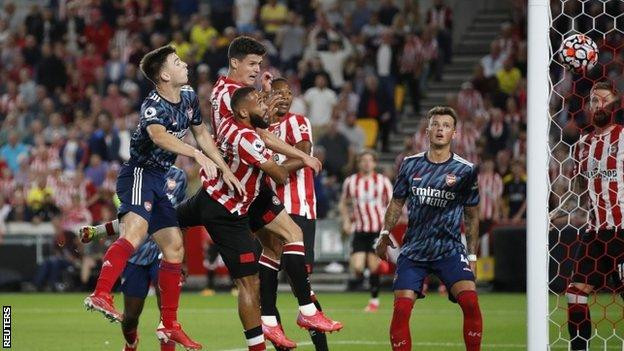 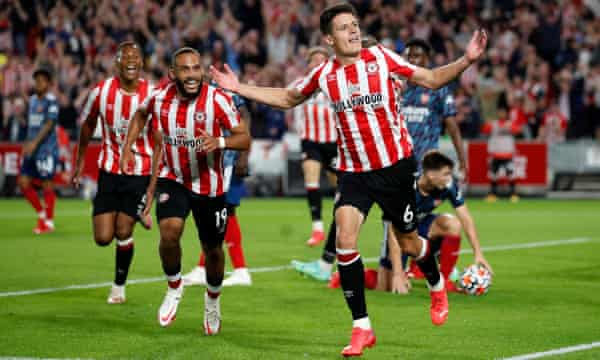 Even though Arsenal coach, Mikel Arteta was missing strikers Lacazette and Aubameyang, while Saka only started on the bench,  the team’s lack of pace, panache, resolve, and a coherent plan when they needed to fight their way back into contention was alarming.

Brentford’s supporters celebrated wildly at the final whistle, and though it’s early days for them in the premier league, they can celebrate being top of the league for the next 12 hours – a big deal for a club that’s been away for 74 years!