Home Music University Made Me Feel Like A Failure – Rapper Blaq Bonez! Nigerian rapper, Blaq Bonez has recalled how his days in the university made him feel like a failure.

The rapper who revealed that he was an engineering student, said while others were getting As and having a future that looked bright, he was dropping mixtapes and hoping it got to public space.

Expressing gratitude for how far he has come, Blaq Bonez added that he almost got depressed and didn’t know how he would have taken care of his mother if he wasn’t successful in music.

He concluded by stating that his “serious friends” in school are also doing well in their respective fields.

See his tweets below…. 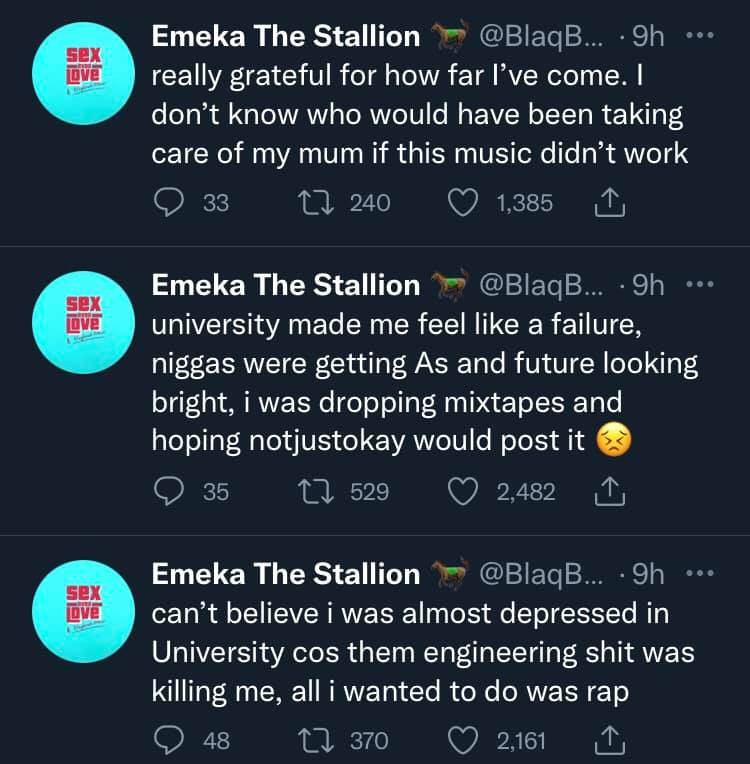