The Lawmaker representing Akure South/North Constituency in the House of Representatives, Hon Adedayo Omolafe has died.

Omolafe, popularly known as “Expensive”, died at about 2 am this morning, August 16.

According to his close allies, the lawmaker was not sick as he was with his constituents on Sunday, August 15.

However, he became unconscious late on Sunday night and was rushed to the Federal Medical Centre, Owo, but he didn’t make it.

Omolafe was a former chairman of the Akure South council area of the state.

Hours before his death, he shared some deep quotes on Twitter, talking about the “soul” and dwelling on the “beauty of life”. 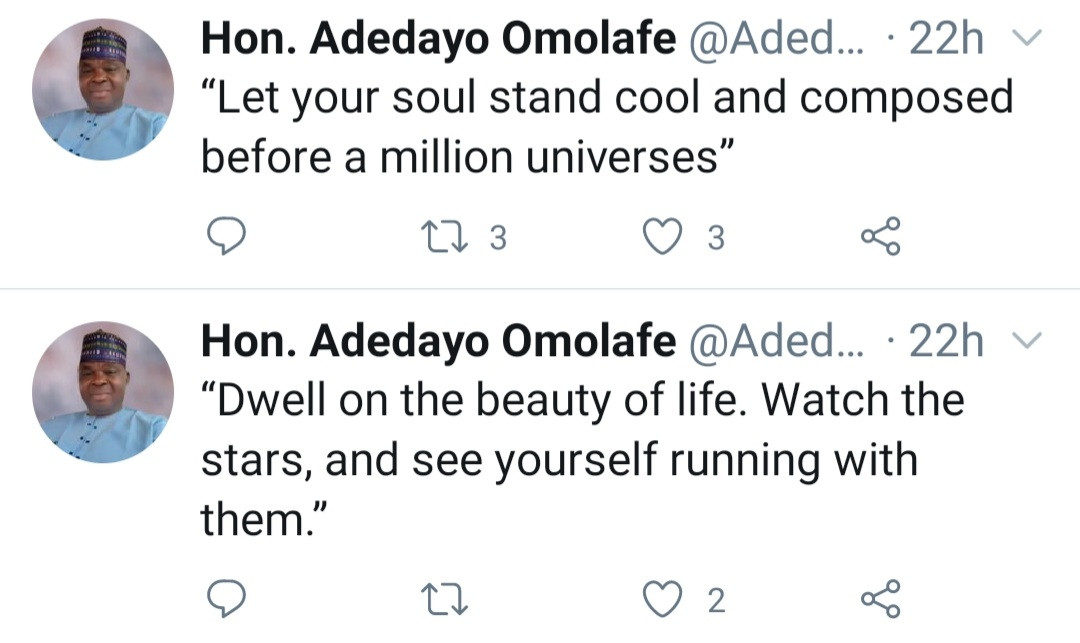