Home News ‘I’ve Been Suffering In Silence’ – Amber Rose Bleats As She Accuses... Amber Rose has accused her boyfriend, music executive, Alexander “AE” Edwards, of cheating on her with at least 12 different women.

The curvy model and SlutWalk founder, 37, took to her Instagram stories on Wednesday, August 18, to let out her emotion about her man’s infidelity, writing, “I’m tired of getting cheated on and being embarrassed behind the scenes.”

All 12 of y’all bums (the ones that I know of there’s probably more) can have him,” continued Rose, who shares 22-month-old son Slash Electric with Edwards. “Y’all very much knew he was in a relationship with a baby and y’all decided to f— him anyway. I saw all the texts and DM’s. Y’all were well aware but y’all don’t owe me any loyalty so it’s whatever.”

Rose refused to name the women involved, explaining she’s “not in the business of ruining lives,” she did imply that her relationship is over due to the alleged cheating.

“I can’t be the only one fighting for my family anymore. I’ve been so loyal and transparent but I haven’t gotten the same energy in return,” she wrote. “As for him… The lack of loyalty and the disrespect is ridiculous and I’m done.” 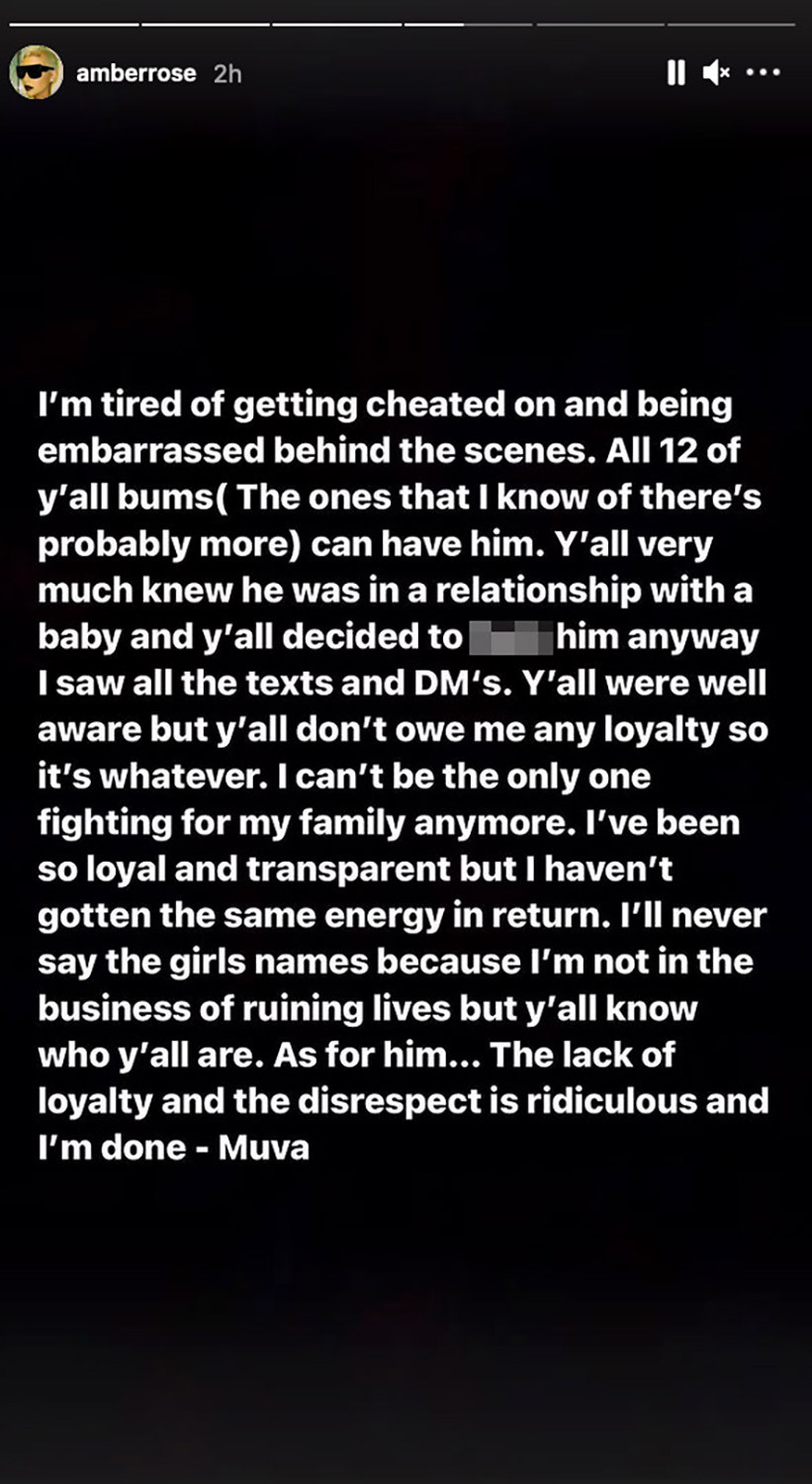 In a separate post, Rose called out her ” narcissistic mom,” saying that she “can get the f— out of my life too.” 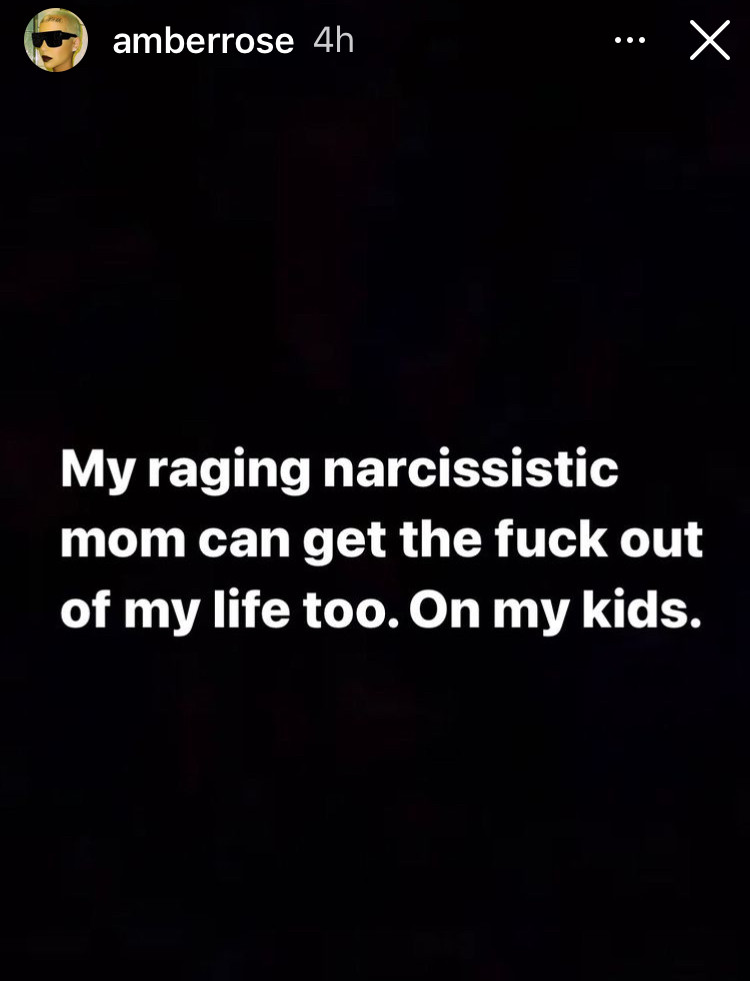 “I’m tired of being mentally and emotionally abused by people that I love,” she added. “I’ve been suffering in silence for a long time and I can’t take it anymore. That’s why I’ve been so quiet. I’ve been a shell of who I used to be but I refuse to let anyone damage me anymore. Family or not.” 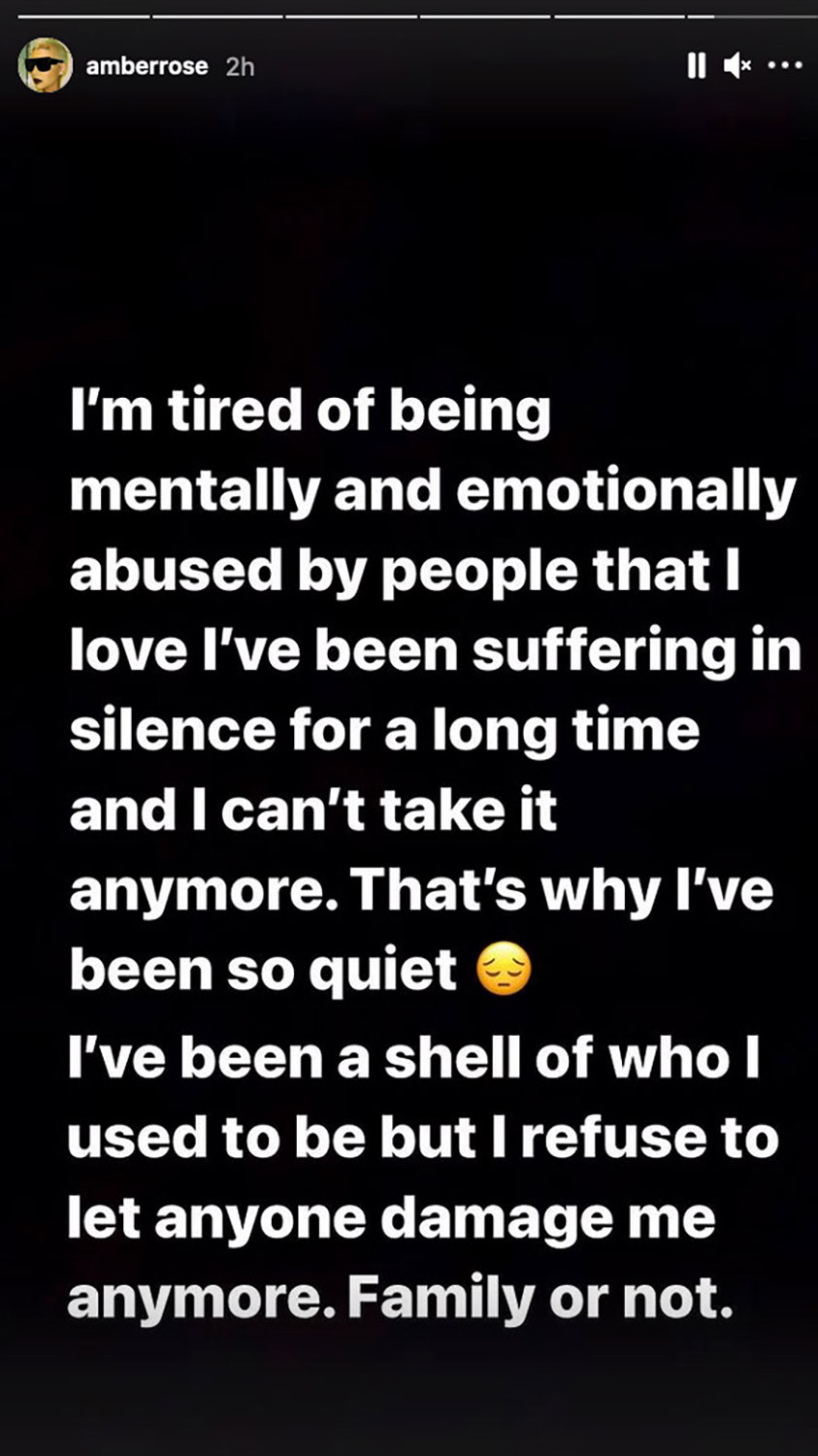 Rose is also a mother to 8-year-old son Sebastian Taylor, whom she shares with ex-husband, rapper Wiz Khalifa.