Jim attacked Uche days after Uche shared a video in which he questioned Jim’s source of wealth and also alleged he is a ritualist.

”I don’t know why they have never placed me on Nollywood best dressed list. Everytime Hushpuppy, everytime Cubana, everytime Jim Iyke. Do you know what they do to make their money? Now they have arrested Hushpuppy. They will catch others, especially Jim Iyke. I want them to catch him. He disappears and them reappears with so much money.  What is he doing? What are you doing for a living? I am sure Jim Iyke is a ritualist. If he is not a ritualist, where does he get his money?” Uche asked. On a different occasion, Uche wrote Jim caught up with him on a movie set recently and attacked him over his comment. A video that captured the moment Jim attacked Uche surfaced online on Tuesday, August 24.

While reacting to this development, Shade in a post shared on her Instastories opined that people should get busy so they won’t go about looking for trolls. See Shade’s post below 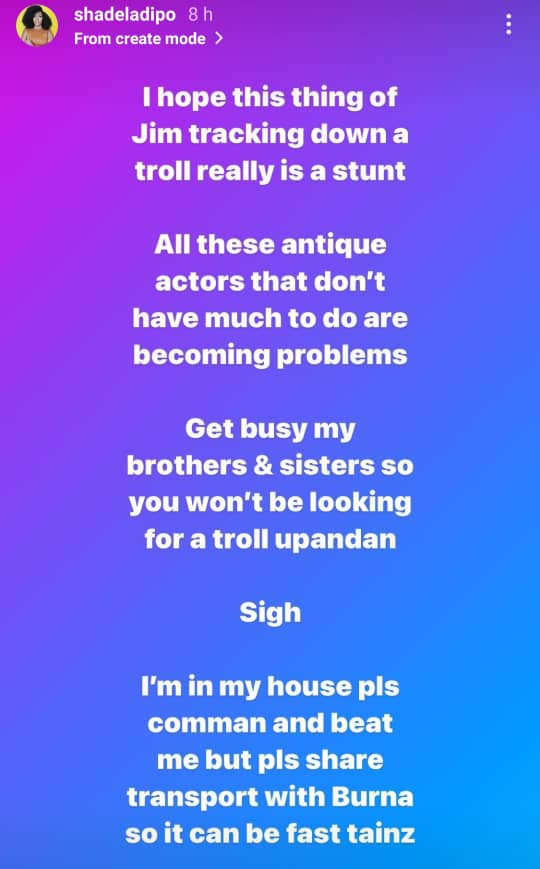