Ryan Reynolds subtly trolled his wife Blake Lively on her 34th birthday by claiming his TikTok duet with Mariah Carey was his “favourite” thing.

The couple is known to troll each other every chance they get, especially on their birthdays.

So, when Blake turned 34 years old on Wednesday, August 25, her husband didn’t miss a chance to troll her, though in a subtle way.

Reynolds then quote-retweet the video and took a subtle dig at his wife whose birthday it was on the same day, August 25.

The Deadpool star wrote as he reshared Mariah’s video: “My favorite thing that’s ever happened on August 25th.” 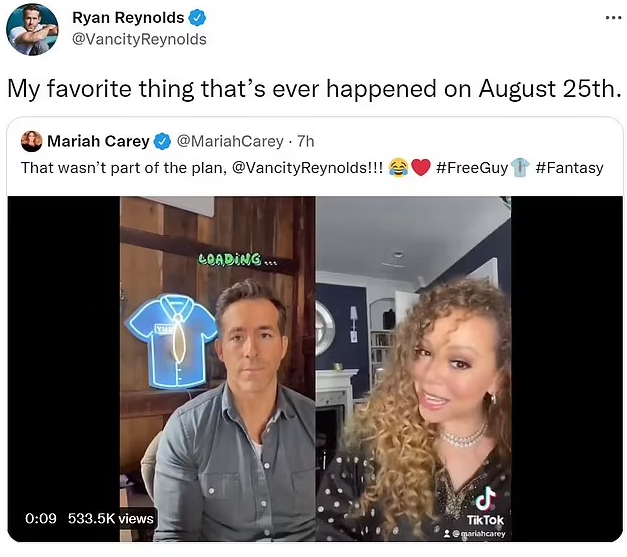 Lively, who hasn’t been active on Twitter since late May 2020, has not yet responded publicly to her husband’s latest trolling.